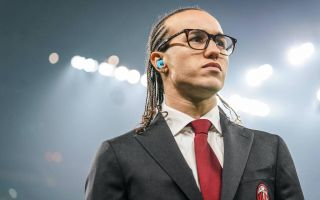 AC Milan are about to close their first sale of the summer as full-back Diego Laxalt is heading for Russia, a report claims.

According to Gianluca Di Marzio, Milan are indeed about to bid farewell to Laxalt, who in the coming hours will be moving to the Russian capital to join Dynamo Moscow. The Uruguay international, who went on loan to Celtic this year playing 28 games and scoring 1 goal, will move to Russia on a permanent basis for €3.5m.

Laxalt arrived in 2018 from Genoa and made 35 official appearances with the Rossoneri shirt, but now he is ready for a new experience. The agent of Laxalt recently revealed that Dinamo Moscow are very keen on his client, while PianetaMilan reported that Laxalt has a contract expiring in 2022 so his book value has dropped to €3.5m which makes him much easier to sell without a loss being made.