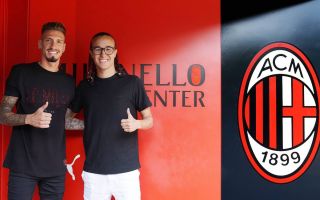 There is set to be some movement regarding Milan’s market in the coming days with two departures and one new signing possible, a report claims.

With the season over the transfer market is in full swing despite the European Championships and the Copa America currently ongoing, and the Rossoneri are expected to be big players in the mercato given they finally secured a return to the Champions League.

Gianluca Di Marzio spoke on Calciomercato L’Originale for Sky (via MilanLive) and confirmed that two players are close to leaving Milan in Samu Castillejo and Diego Laxalt. The former could leave for Real Betis in LaLiga, while for Laxalt everything is ready for his transfer to Dynamo Moscow who he will join for €4m.

As for incomings, Di Marzio mentioned that Toulouse forward Amine Adli is a target to replace Castillejo and the French club are asking for a figure close to €7m in order to part with the 21-year-old.