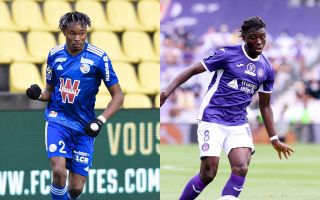 Di Marzio: Milan have agreed on personal terms with French duo – what is missing

Milan have been very active in the first days of the January transfer window, as expected, negotiating on several fronts to strengthen the squad. A centre-back is the priority, with Mohamed Simakan in pole position.

According to Gianluca Di Marzio (via MilanEye), who spoke during tonight’s show on Sky Italia, the Rossoneri have reached an agreement with the Strasbourg defender on the personal terms. However, the negotiations isn’t over just yet.

The French side are asking for €18m plus €2m in bonuses to part ways with the 20-year-old, while Milan’s offer currently stands at €15m plus €3m in bonuses. Nevertheless, there is confidence in the Rossoneri HQ that a deal will be reached.

In addition to Simakan, Milan have also reached an agreement with Kouadio Kone. You can read more about the young Toulouse midfielder in our exclusive update from yesterday, as provided by our correspondent Pietro Balzano Prota.