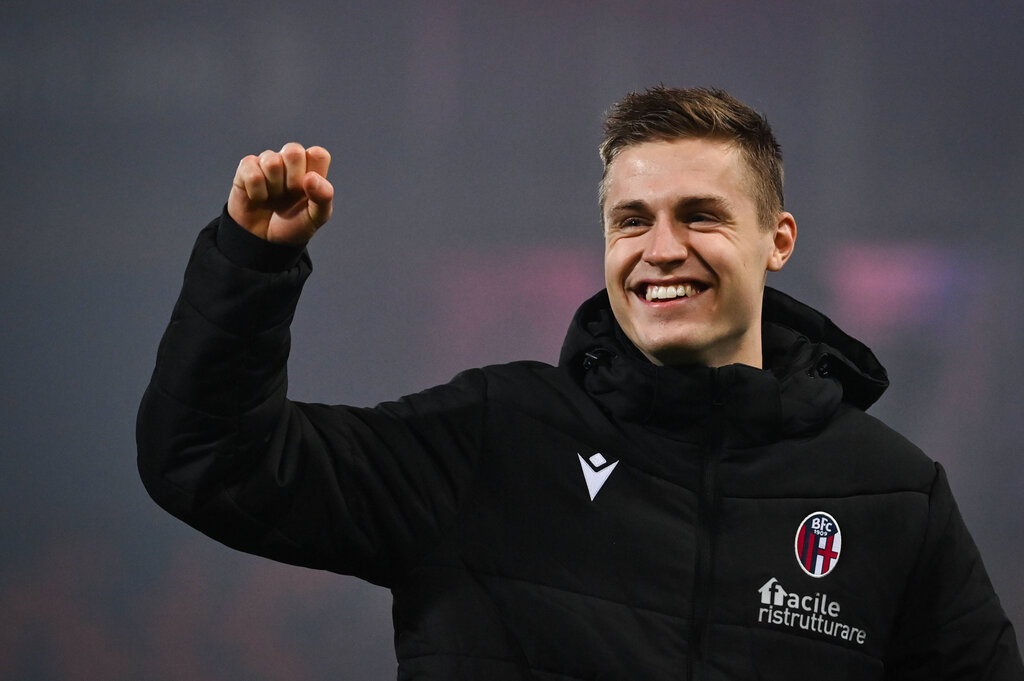 Milan have been very active on the transfer market this month, not just for the present, but also for the future. As has been showcased lately, the Rossoneri are always keeping tabs on young players with potential.

The lates name on their wish list is Mattias Svanberg, as per Gianluca Di Marzio (via MilanNews) during tonight’s show on Sky Italia. In fact, Milan have already taken concrete the steps to lay the foundation for a potential negotiation.

There was recently contacts between sporting director Ricky Massara and Bologna director Walter Sabatini, as well as the Swede’s agent Martin Dahlin. The idea, as Di Marzio explains, would be to sign him at the end of the season.

Bologna are asking for €15m as the attacking midfielder has impressed this season. In addition to Milan, Premier League sides Leicester and Southampton are also interested in Svanberg, who is very highly-rated back in Sweden.