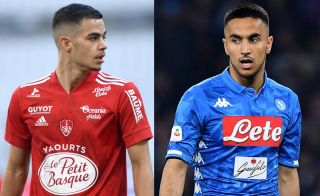 After AC Milan completed a 4-1 demolition job of Cagliari at San Siro, Gianluca Di Marzio provided some interesting updates on the mercato.

Di Marzio spoke to Sky Italia (via MilanNews) spoke about the situation regarding Romain Faivre of Brest and Milan’s interest in the player, confirming that the management have been working on signing the 23-year-old attacking midfielder for several days.

The Ligue 1 club are asking for around €15m to sell him before Tuesday’s deadline, but Milan have offered €10m and could sign him for around €12m plus €3m in potential bonuses. The player did not show up yesterday at the team’s departure for today’s game against Strasbourg, so he is trying to force his hand.

Di Marzio adds that Milan made an attempt to sign Adam Ounas on a dry loan for a fee of €3m but Napoli said no as they want €20m and an outright sale. Regarding Junior Messias, Elliott Management would like to invest in a young player and not a 30-year-old, so the interest has gone.

READ MORE: Pioli confirms midfielder ‘will sign as new Milan player in the next hours’ in €15m operation