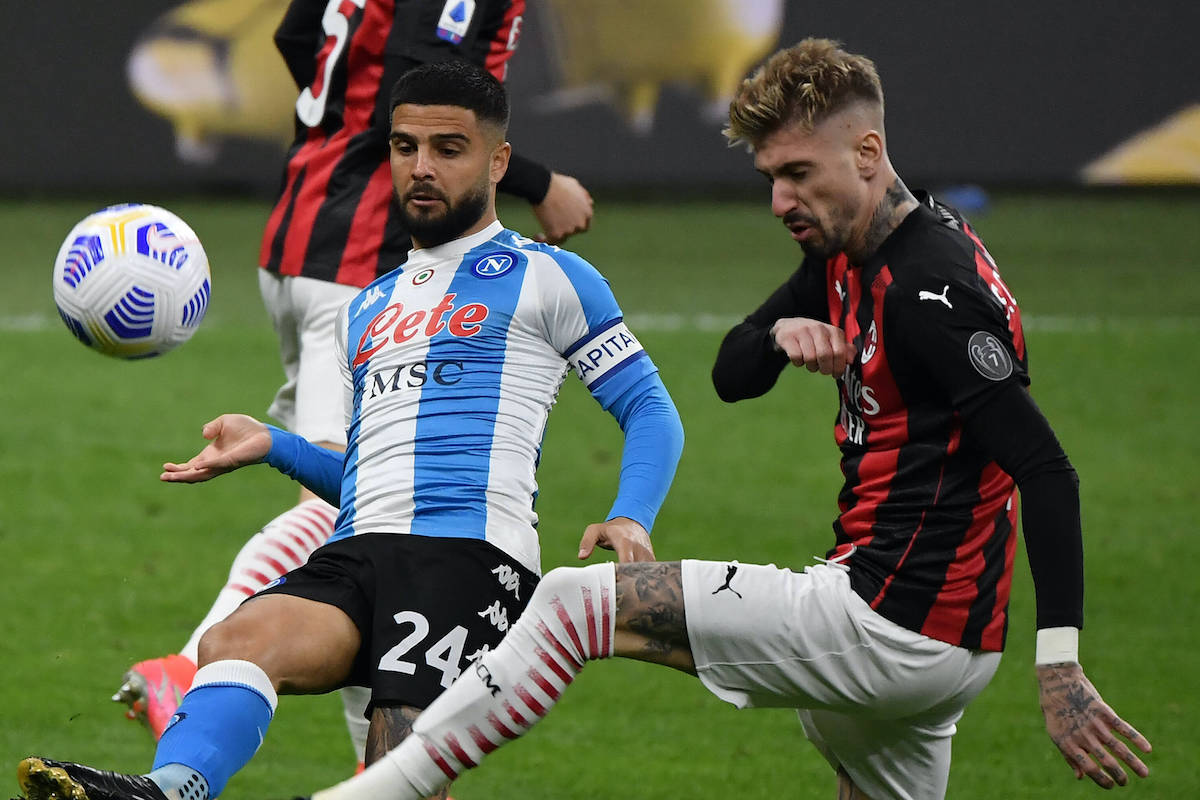 Milan are keeping an eye on the opportunities ahead of the summer transfer window, close to securing their return to the Champions League. In addition to a bigger budget, they will be able to attract star players.

Several players have been linked with the Rossoneri already and that isn’t exactly a surprise as Paolo Maldini and Ricky Massara have many names on their list. Recently, Lorenzo Insigne was mentioned as an option for them.

It all started with a visit to Casa Milan by the player’s entourage, at first described as a courtesy visit. However, it appears it was more than that, as the Napoli star is indeed considering his options ahead of the 2021/22 season.

“For the first time, Insigne and his entourage want to understand if there could be possibilities elsewhere, probing the transfer market. It’s no coincidence that they went to Casa Milan.

“The Rossoneri are interested, though it’s a difficult operation, for economic and other reasons. Napoli have shown a desire for 2-3 months to renew, perhaps this has bothered Insigne,” Di Marzio said on Sky Italia (via TuttoNapoli).

Insigne has been at Napoli since 2012, when he joined from Pescara, and he has bagged 15 goals and five assists in 26 league appearances this season. There’s no doubt the 29-year-old would be a reinforcement, but the costs might be too high.