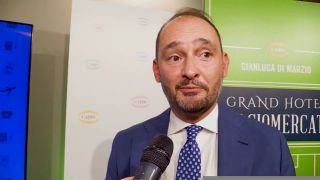 AC Milan had the best transfer window of any Serie A club, according to Sky Italia journalist Gianluca Di Marzio.

You can read our assessment of the summer window in our positives vs. negatives feature, but Di Marzio has offered his own take on Milan’s mercato and it was very much complimentary towards the work of directors Paolo Maldini and Ricky Massara.

“Milan had the best transfer market. I really liked their transfer window, as it filled the gaps and remained the same base as last year,” he said (via MilanNews).

“They took Tonali, who in my opinion is one of the best young players around, Dalot, who will be a pleasant surprise only for those who did not know him and Brahim Diaz. Milan made the transfer market they had to do, so I really liked the Milan transfer market!”