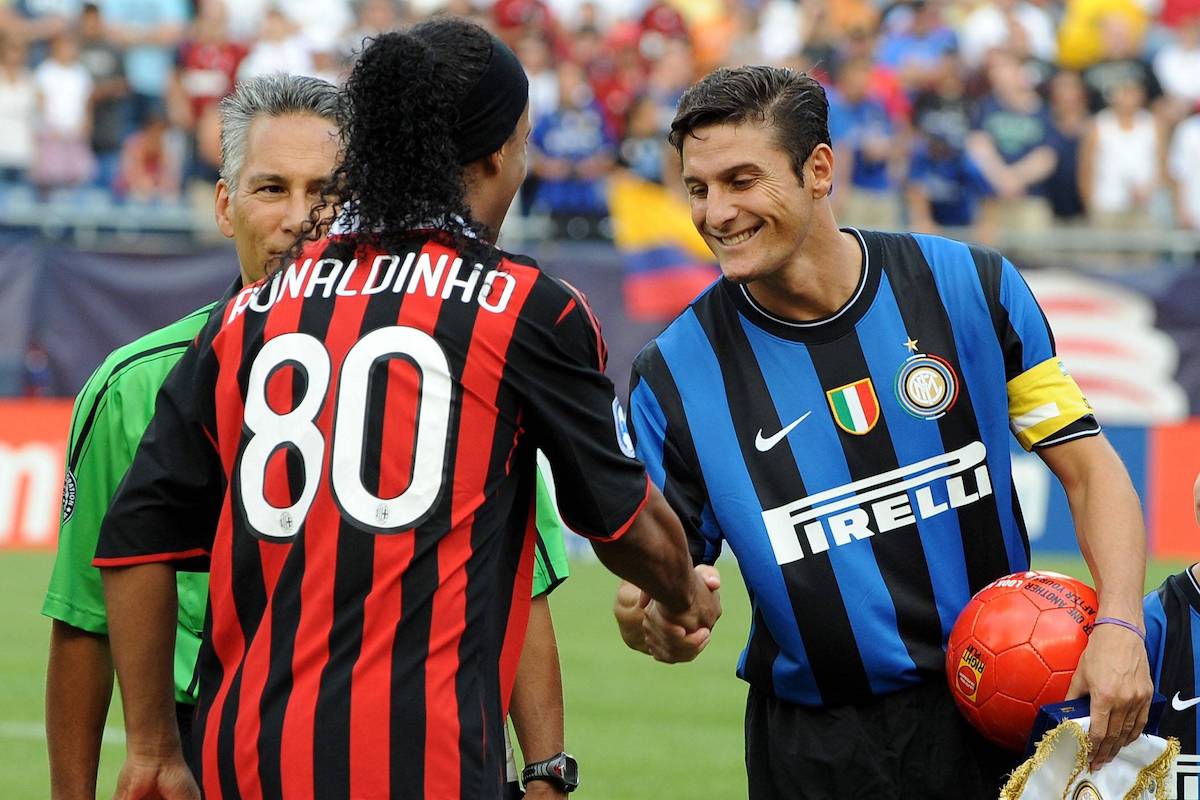 Di Marzio: Ronaldinho snubbed Inter move before ending up at Milan – the background

Ronaldinho could have actually played for the blue and black half of Milan before the red and black side, according to a report.

It was back in July 2008 that Ronaldinho rejected a move to Manchester City in favour of signing for Milan on a three-year contract thought to be worth around €6.5m a year and for a fee of €22.05m (as per Wikipedia).

As revealed by journalist Gianluca Di Marzio on his website granhotelcalciomercato.com, Inter actually tried to sign Ronaldinho in 2000 back when he was at Gremio in Brazil, and the Nerazzurri wanted to partner him with Ronaldo.

The president Massimo Moratti gave the ok to start the negotiations and a meeting took place in Mexico to understand the feasibility of the deal with Ronaldinho’s brother, who at that time played in the Mexican league with Tecos before becoming his agent.

Inter put a convincing offer on the table, like other European teams, but ultimately the playmaker did not like the idea that his compatriot Ronaldo would “overshadow” him. Moratti waited for an answer for a month before being informed that Paris Saint-Germain had won the race. ‘Ronnie’ then went to Barcelona, ​​where he played for five seasons, before ending up at Milan.