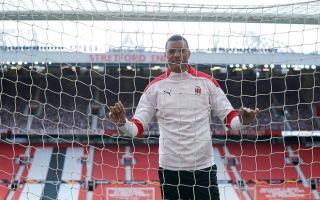 Former AC Milan goalkeeper Dida has stressed that the Rossoneri should be confident heading into their second leg against Manchester United.

Dida one of the big stars of Carlo Ancelotti’s Milan back in the 2000s, one that won the Champions League on two occasions, but now Dida has a new role as goalkeeper coach. The Brazilian in particular has the opportunity to work with one of the best goalkeepers in the world, Gianluigi Donnarumma, and teach him some tips of the trade to help him realise his potential.

Dida was interviewed by La Gazzetta dello Sport this morning and began by revealing his thoughts on Donnarumma, who is already the established number one at Milan and has been since he was 17.

“Gigio is a great talent. He is a very calm boy, but he feels the game a lot. He loves Milan, he is very attached to the team and makes it clear. His screams? A goalkeeper has to manage a department. Gigio screams and does well,” he said (via MilanNews).

“The first weak point was communication, but Gigio overcame it. We are working on many aspects, but already from this point of view Donnarumma has improved. A goalkeeper he can’t allow himself weaknesses, he has to direct. How do you become effective on penalties? Blocking, blocking. You have to train every day and if it happens even in a match….

“Gigio is tall, has a beautiful build and a lot of room for improvement in all the fundamentals. He was on the pitch for an endless penalty shoot-out against Rio Ave in Portugal – those are the situations that make you grow.”

Manchester United will arrive at San Siro tomorrow night for the second leg of the last 16 tie in the Europa League, after a 1-1 draw at Old Trafford in the first leg.

“The goal at the last moment helps us a lot, the 1-0 would not have been easy to overturn. We are confident. When will Ibra return to taking penalties? Ibra is Ibra. When he hears it he will take the ball, put it on the spot and decide the game. Also for this reason I am confident.”

Finally, on Franck Kessie, Dida explained: “Why is Kessie so good on penalties? His strength is tranquility. He told me: I want to score against you from a penalty. I replied that it has to wait, first I have to train a bit’, then we see.”