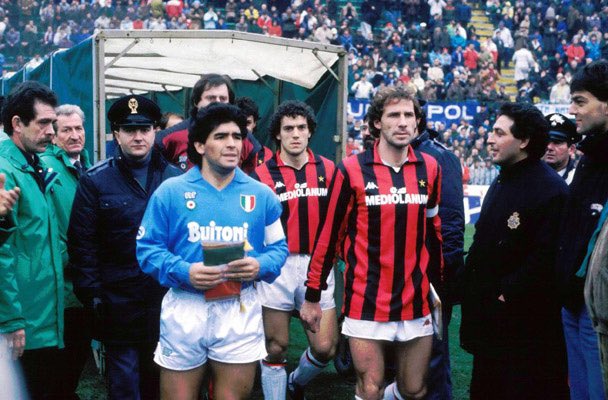 Diego Maradona, regarded as one of the greatest footballers of all time, has died aged 60 according to widespread reports.

The Argentine had brain surgery this month, and is of course best remembered for leading Argentina to World Cup glory in 1986 when as captain he displayed a remarkable tournament.

He was a star of Serie A with Napoli and hauled them up onto a level with the likes of Milan, Juventus and Inter, leading the Partenopei to their first Serie A title in 1987. A second followed in 1990, alongside an Italian Cup in 1987 and a UEFA Cup in 1991.

Rest in Peace to a legend of football.

🗣 “This shirt is of a fantastic defender. I think Franco Baresi is the best defender, it’s a memory that I will keep with me for life.”