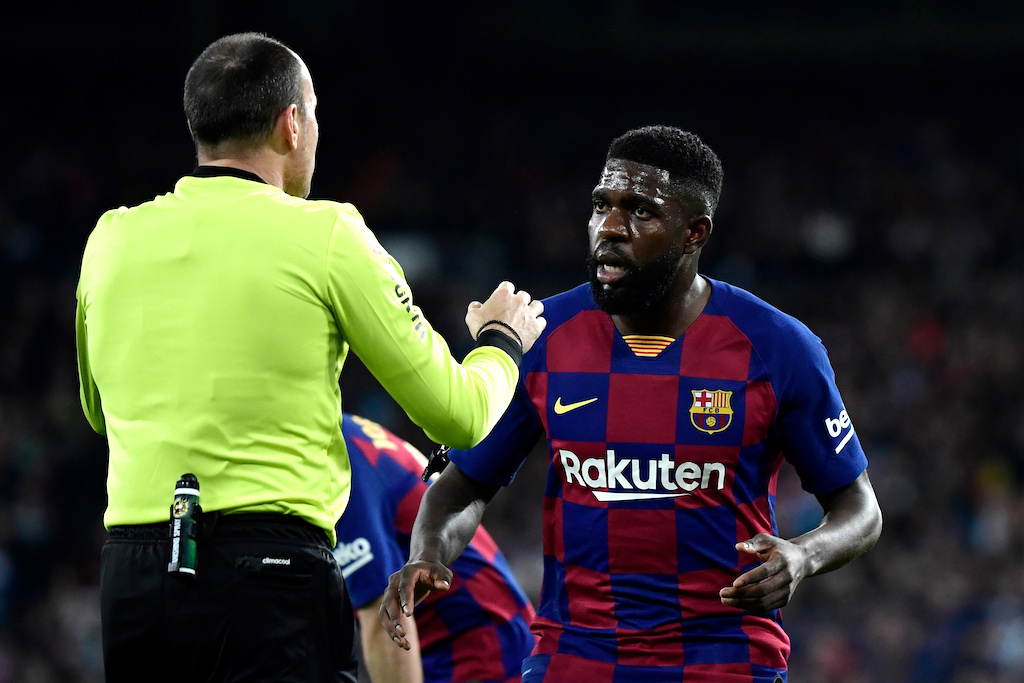 Barcelona are ready to step up their attempts to land AC Milan captain Alessio Romagnoli by offering a centre-back in return, reports in Spain claim.

There are doubts about the future of Romagnoli beyond the summer, with some outlets claiming a new contract is unlikely due to the fact Mino Raiola is set to demand a wage rise, while others believe the defender wishes to renew.

According to Don Balon, Barcelona have identified the 25-year-old as the ideal reinforcement for their central defensive department ahead of next season and have hatched a plan of sorts.

The outlet claim that Romagnoli would be ‘delighted’ to make the move to the Nou Camp, whilst his agent Raiola would gain some influence with the Blaugrana, something he has been after for a while.

Barcelona hope they are able to agree a swap deal involving France international Samuel Umtiti, or try to sell him and invest that amount in signing Romagnoli.

It has recently been claimed that Barca value Umtiti at €50m with Manchester United heavily linked.