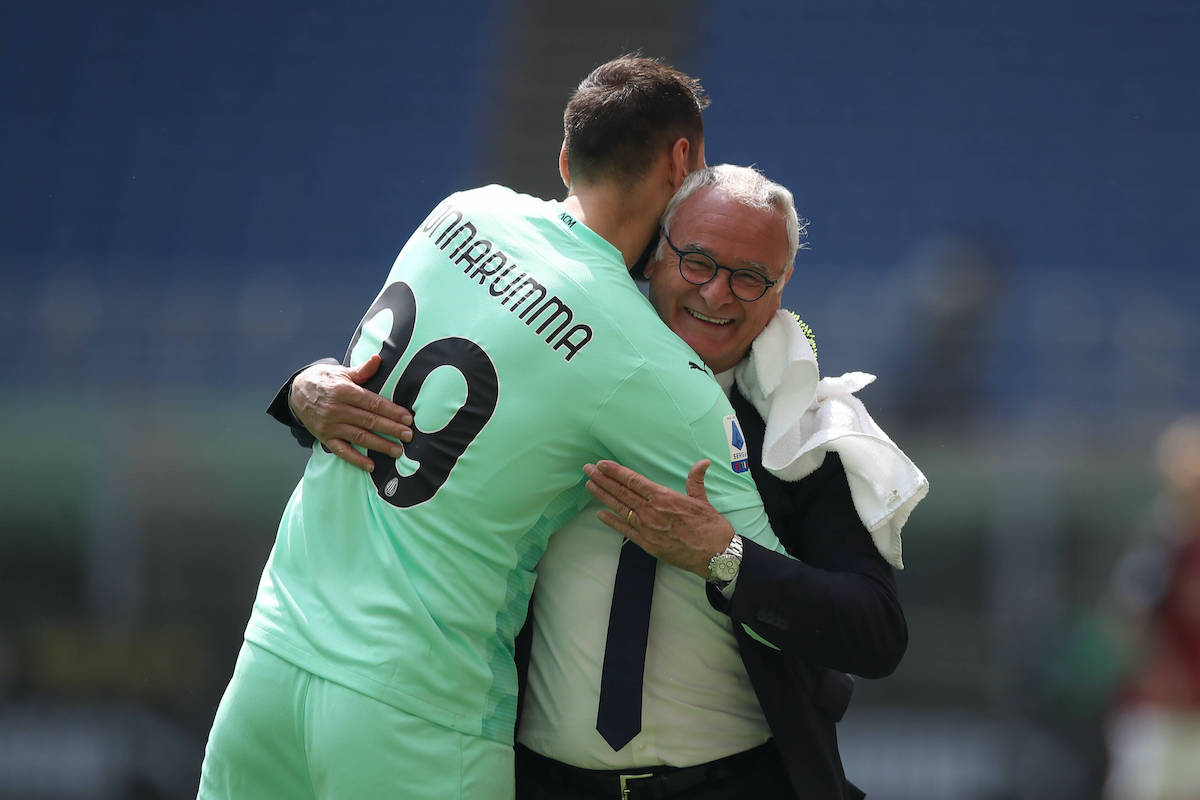 There was some verbal bickering during the first half of today’s game between AC Milan and Sampdoria, according to a report.

It was a frustrating afternoon for Milan at San Siro as their home struggles continued. Jens Petter Hauge’s late equaliser earned a draw for the Rossoneri after Fabio Quagliarella had given the away side the lead, but it felt like two more points dropped.

MilanLive writes that around the 32nd minute there was a long-distance squabble between Gianluigi Donnarumma and Ranieri. The latter reproached the goalkeeper for his repeated protests against the referee Piccinini.

After the first foul whistled in favour of Milan for an infraction in Donnarumma’s area, Ranieri shouted at the Italy international from the sidelines: “Are you okay now?”. It is, of course, an implication that Gigio can finally stop complaining.

He then also spoke to his coaching staff and remarked: “We need more respect for the referee.”