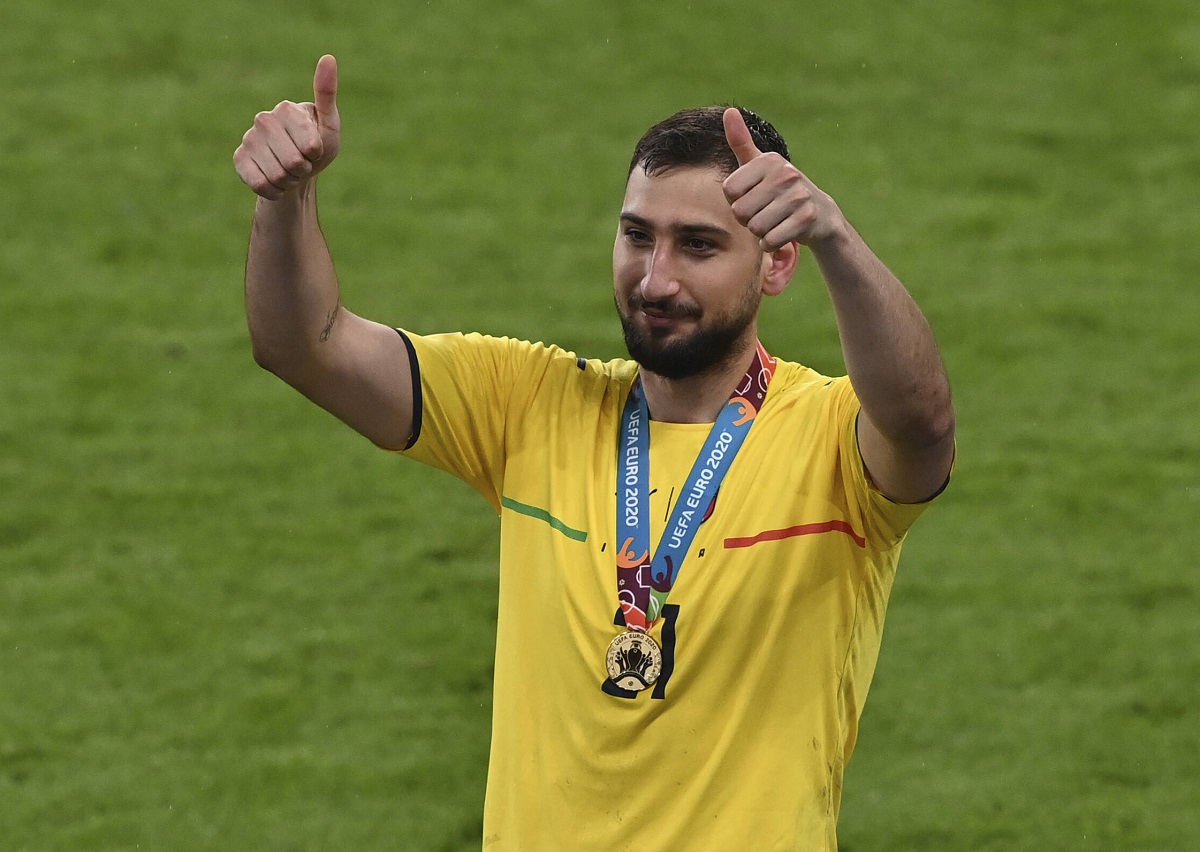 Donnarumma hints at turbulent exit but admits: “I will always be a Milan fan”

Gigio Donnarumma was the big hero for Italy in the Euros final against England as he saved two penalties, bringing the trophy back to Rome. And for some Milan fans, his success surely must have hurt a little to watch.

Many were surprised when the No.99 decided not to renew his contract with the Rossoneri despite what was a hefty offer on the table. He’s now preparing for an adventure in France with Paris Saint-Germain, highlighting how quickly everything can change.

In an interview with Sky Italia, as cited by MilanNews, Donnarumma hinted that the departure from Milan perhaps wasn’t beautiful. However, he also made it very clear that he still supports the club and always will be tied to it.

“Let’s see these days, I’ll talk about everything,” he began.

How sad are you for leaving?

We are sorry to not see you in Serie A again…

“Thank you, you have given me a lot of affection. I will always be a Milan fan and I wish them all the best in this world. Then I will speak later.”

Hopefully, the parties closed the matter on good terms as it would be a shame for the goalkeeper’s fantastic spell at Milan to be tainted by a nasty exit. Then again, that’s football for you sometimes.