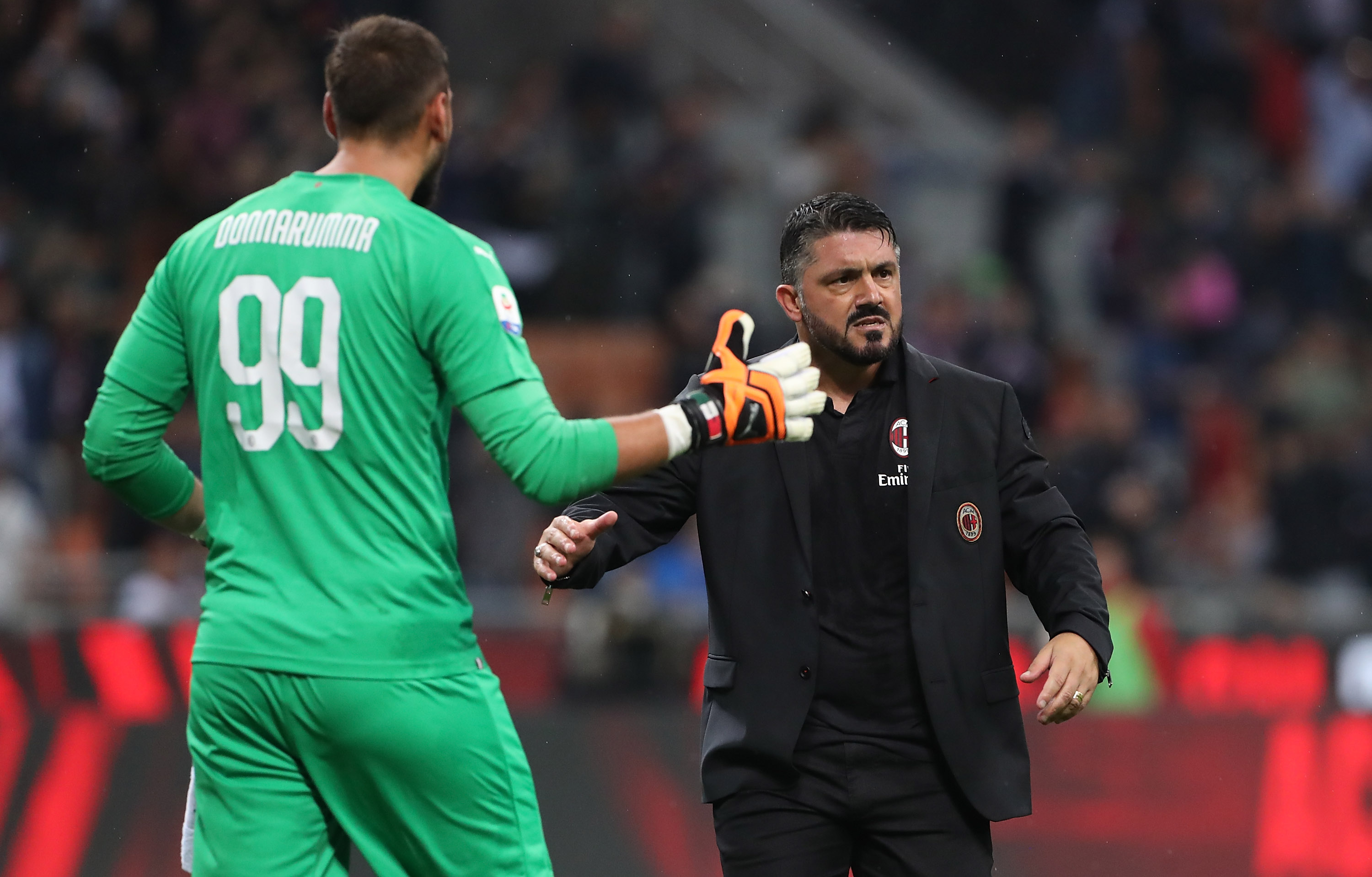 Donnarumma: “It’s a win that we dedicate to Gattuso because he never gave up”

The Rossoneri ended a five-match winless run in all competitions, coming from behind to win thanks to Gonzalo Higuain’s second-half goal.

Donnarumma made an important save late on to preserve Milan’s advantage, but insists it was all about the team effort.

“It was a nice save but the whole team played well,” he told Milan TV.

“We were good to come back from behind and then put Higuain in a good position to score.

“His goal? He’s one of the best strikers in the world. We need his goals and performances.

“His goal released him after a tough run of games, which can happen. It’s a win that we also dedicate to Gattuso because he never gave up. He always defended us and made us feel important.

We’re a great group, we feel good together and we hope to get Milan back to where they deserve.”