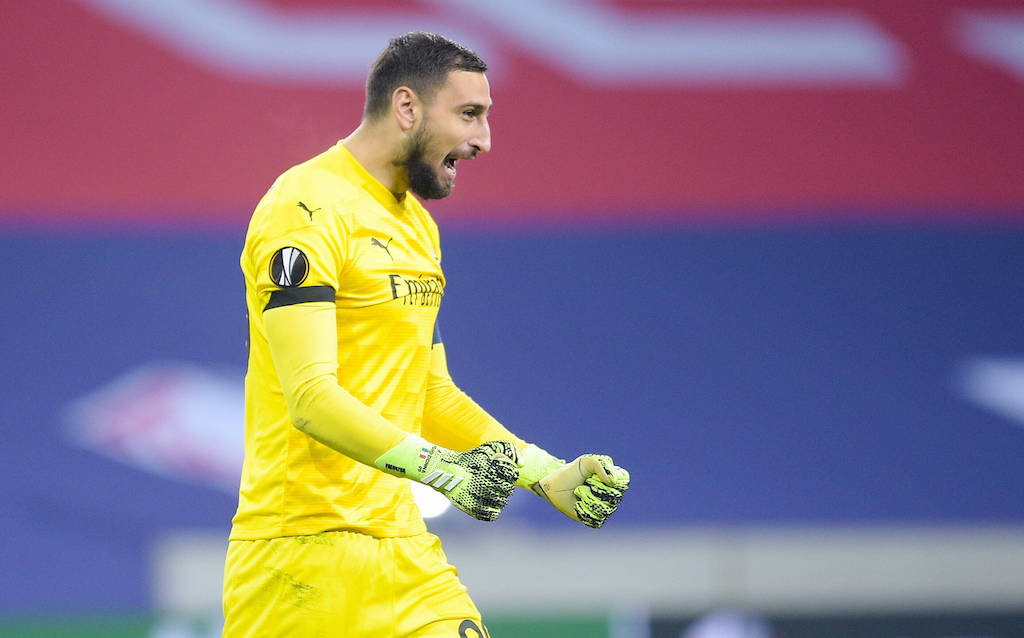 Donnarumma not happy after Lille draw: “We conceded a very avoidable goal, I’m a bit bitter”

Gianluigi Donnarumma believes that his side should have emerged with all three points after Thursday night’s 1-1 draw against Lille.

The Rossoneri made the trip to France knowing that a win would allow them to take back top spot in the group and subsequently a big step towards qualifying for the knockout stages of the Europa League.

Although Samu Castillejo gave Milan a lead early in the second half, they were unable to see the game out and return to Italy with all three points as Jonathan Bamba scored an equaliser after a moment of defensive chaos.

Donnarumma was wearing the captain’s armband given Alessio Romagnoli’s absence and he did not hide his displeasure at the way his defence stood still for the equalising gold.

He was interviewed by Sky Italia after the game, with his comments transcribed by MilanNews and translated below.

“We could have won, we conceded a very avoidable goal, I’m a bit bitter but the important thing is not to lose. We have two other finals now, we decide our fate,” he said.

Milan felt the absence of Ibrahimovic in some of their attempted hold-up play, but Donnarumma believes the others can step up to fill the void.

“Ibra is a champion, he gives us a great hand, but all those who take over are good players and deserve to play for Milan. They will give everything so as not to miss him.”

On wearing the armband, he added: “It is a pride to be AC ​​Milan captain, but the armband belongs to Alessio, I will probably give it to him on Sunday. The armband means something more.”

On Maradona’s passing: “That’s all, it’s football. As soon as we landed there was this bad news, it upset me. A hug to all his family.”