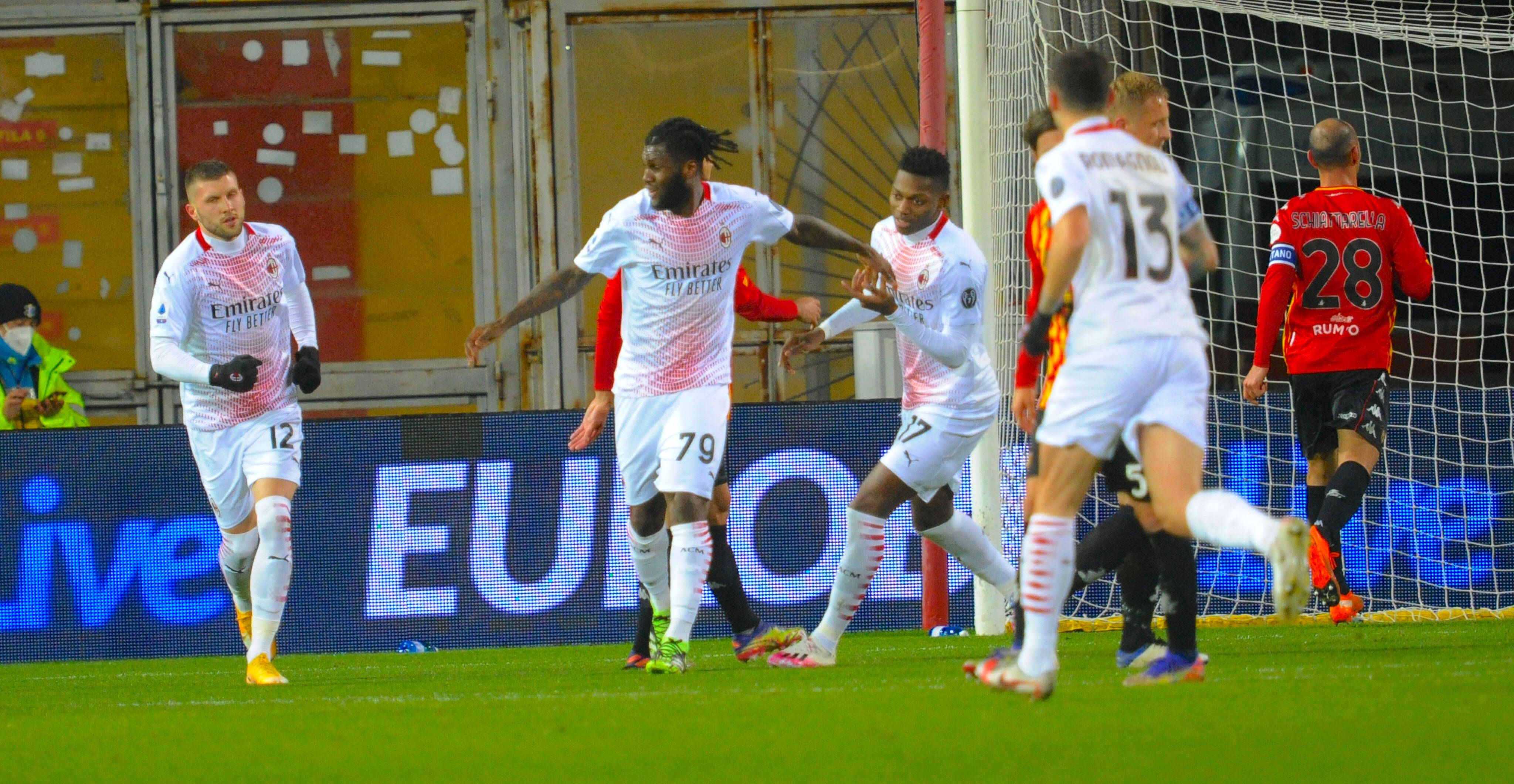 Donnarumma’s penalty hoodoo and another record broken: All the key stats from Milan’s win over Benevento

It wasn’t the prettiest of performances nor did everything go exactly according to plan, but AC Milan got the job done against Benevento.

An early penalty from Franck Kessie gave the Rossoneri the lead before Sandro Tonali saw red for a high challenge, but Rafael Leao’s second-half goal proved to be enough to put Milan out of sight as Gianluca Caprari missed a penalty.

Below are 11 of the best stats from the game, courtesy of the club’s official website…

➤ Milan have earned 37 points in the first 15 Serie A matches of the season for the first time in the era of three points per victory.

➤ Milan have scored at least two goals in all their last 17 Serie A matches, the last team to have done better in the top-5 European leagues was Bayern Munich (20 in March 2014).

➤ From his Serie A debut on 25 October 2015 to today, Gianluigi Donnarumma has conceded goals in 58% of the penalties he faced in Serie A (18 out of 31): the lowest percentage among goalkeepers with more than 10 shots since disk suffered during the period.

🤩 Gets better every time we watch it…pic.twitter.com/njP1hk8y6R

➤ No team in Europe’s Top-5 league has more players with four or more goals scored in Serie A this season than AC Milan (Zlatan Ibrahimović, Theo Hernández, Rafael Leão and Franck Kessie).

➤ Milan are unbeaten in their last three Serie A matches, in which they have gone down to ten men in the first half: before today, a draw in October 2017 v Genoa and a win in February 2017 v Bologna.

➤ Only Leicester City (eight) have scored more penalties than Milan (seven) in one of Europe’s Top-5 leagues so far this season.

➤ Franck Kessie has scored 14 of 16 penalties taken in Serie A. Furthermore, the Ivorian has netted five league goals this season, only in 2018-19 did he score more with Milan in a single Serie A campaign (seven).

➤ Hakan Çalhanoğlu played his 150th match with Milan in all competitions.