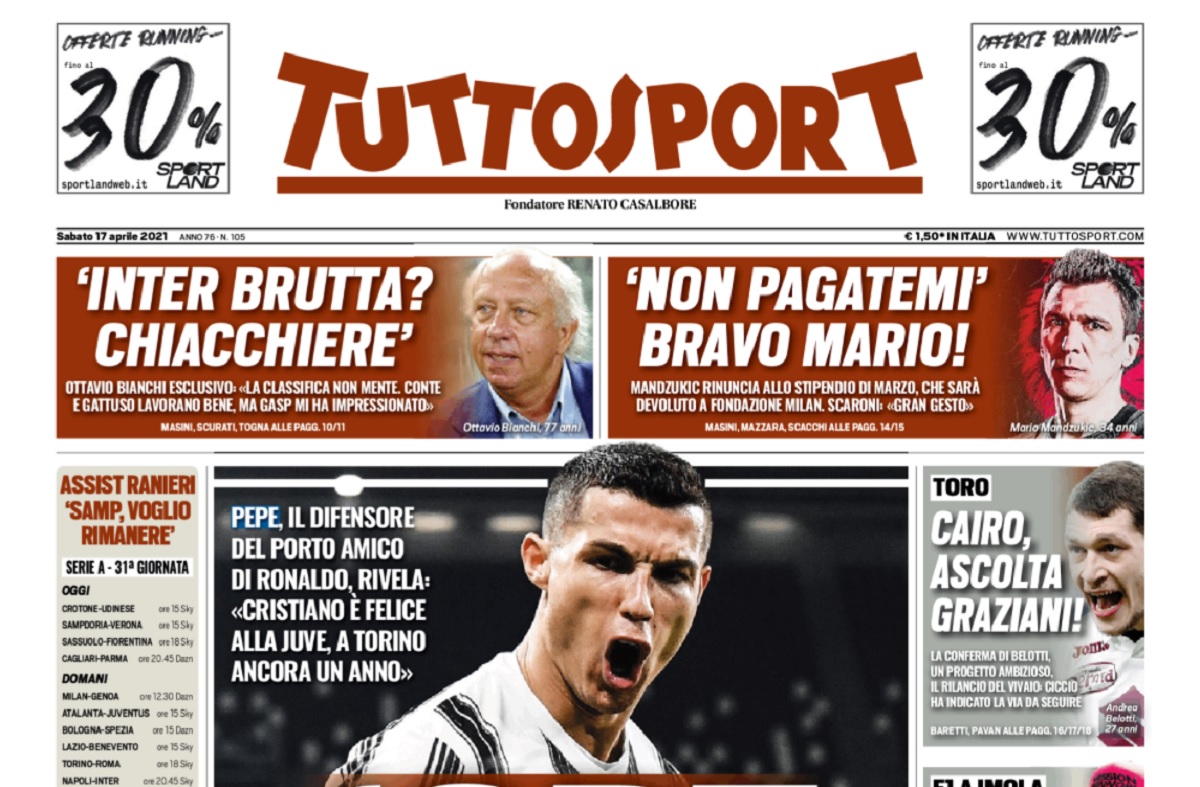 Mario Mandzukic hasn’t had a great Milan adventure thus far, with a total of just 158 minutes on the pitch with the red and black shirt. However, he made it very clear that he’s not at the club just for the paycheck.

The No.9 has decided to give up his salary from March as he wasn’t available for the team, which is indeed an admirable gesture. Milan will donate the €300K to charity, namely Fondazione Milan, so it will all be put towards a good cause.

On their front page this morning, Tuttosport praised the former Juventus man for his professionalism: “Don’t pay me! Bravo Mario,” they wrote (see featured image). However, now the Croatian international must prove himself on the pitch.

There are just eight games left of the season and the feeling is that he could get some playing time already tomorrow, as Milan will take on Genoa tomorrow. Having said that, he’s up against it with limited time.

READ MORE: Six Milan players at risk of suspension and could miss game against Sassuolo