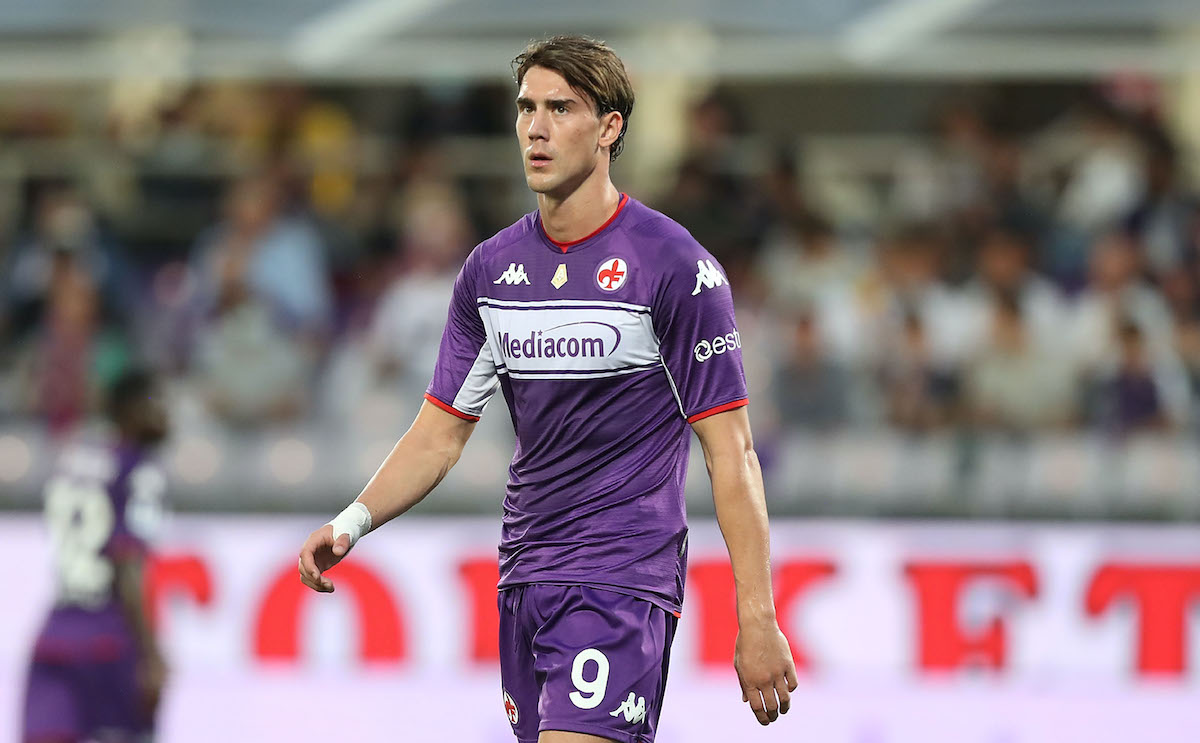 Dusan Vlahovic has decided not to stay at Fiorentina which opens to door for an exit next summer amid links with a move to AC Milan.

Several sources have reported that the Rossoneri see him as a potential replacement for Zlatan Ibrahimovic in the long term given his impressive exploits, and MilanLive recently confirmed that the management are monitoring his situation.

Last season the Serbia international scored 21 goals in 37 Serie A outings leading to speculation he could have been sold in the summer, and he has 4 goals in 7 league games to kick off the new campaign and keep up his red hot form.

Either way, Vlahovic’s adventure at Fiorentina is over as the striker will not renew his contract, which expires on 30 June 2023. This was announced by President Rocco Commisso, who gave an update to fans on the decision.

“Since my arrival in Florence I have always promised our fans that I would be honest with them and that I would never make promises that I could not keep. Therefore, I would like to update the Viola People in relation to an issue that has been much talked about and written about in recent months, namely the renewal of Dusan Vlahovic’s contract,” he said (via MilanLive).

“As you know, Fiorentina made a very important offer to the player, a contract proposal that would have made him the highest paid player in the history of the Club. Our offer had also been improved on several occasions over time to meet the requests both of Dusan and his entourage, but despite our best efforts, the renewal proposal was not accepted.

“In these weeks that I have been here in Florence, I have personally tried to find a solution that could make the boy and the Club happy, but, to my great regret, our every attempt and every effort has not been rewarded.

“All that remains for me and Fiorentina is to take note of the will of the player and his entourage and consequently identify feasible and adequate solutions in the short term to continue this new and exciting season in the best possible way.

“In any case, Dusan Vlahovic has a contract that binds him to Fiorentina for the next 21 months and we are sure that the player, as he has always shown, will give his contribution to help the team achieve its goals, demonstrating the professionalism that has him. distinguished since he arrived in Florence with the utmost respect for our fans, his teammates, the coach and the entire Viola club.”