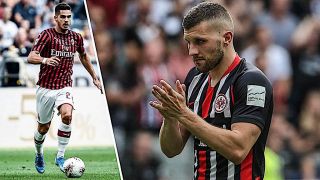 The Croatia international joined last summer on a two-year loan from Eintracht Frankfurt with Milan striker Silva going the other way on the same terms, and he is also going through a purple patch in Germany having scored 16 goals in 36 Bundesliga games.

Rebic meanwhile is flying after a difficult start to life as a Rossoneri player, as he has scored 11 league goals since the beginning of the calendar year.

There has been a lot of speculation in the media as a result that both sides will look to make the respective moves permanent, although there have also been rumours that the values of the two players do not stack up for various reasons.

Now, Steubing has hinted in an interview that the idea of purchasing Silva outright is difficult because of the fee that would be needed, so he is open to a swap deal.

“Everything that costs money is pushing us to the limits at the moment,” Steubing told Bild (via GGFN).

“Buying Silva would not be easy. In any case, the swap with Ante Rebic must be taken into account.”