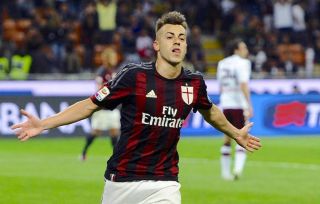 El Shaarawy not worried about ‘strong’ Milan: “I don’t think they are in crisis”

AS Roma brought Stephan El Shaarawy back earlier in the winter transfer window as a free agent from Shanghai Shenhua, after the Italy international spent one and a half years on China’s east coast playing just 19 times for the club.

Since arriving back in the Italian capital, the forward has made just two appearances – both as a substitute – registering just 27 minutes in total. His return has been hampered by fitness concerns.

But now El Shaarawy is back in contention for a place in the starting eleven, with his former club Milan on the horizon after Roma take on SC Braga in the UEFA Europa League Round of 32 second leg.

Speaking of facing the Rossoneri during an interview with La Gazzetta dello Sport, he said: “The Rossoneri are having a great season, they are strong, with important personalities like Ibrahimovic and Mandzukic.

“I don’t think they are in crisis, but it would be a big mistake to think about Milan already, first there is Braga which is fundamental. Great concentration is needed,” he said (via forzaroma.info),

El-Shaarawy wore the red & black jersey 102 times, scoring 27 goals for Il Daivolo. The weekend will witness Milan take on Roma in what is poised to be a mouthwatering encounter in the race for the Scudetto.