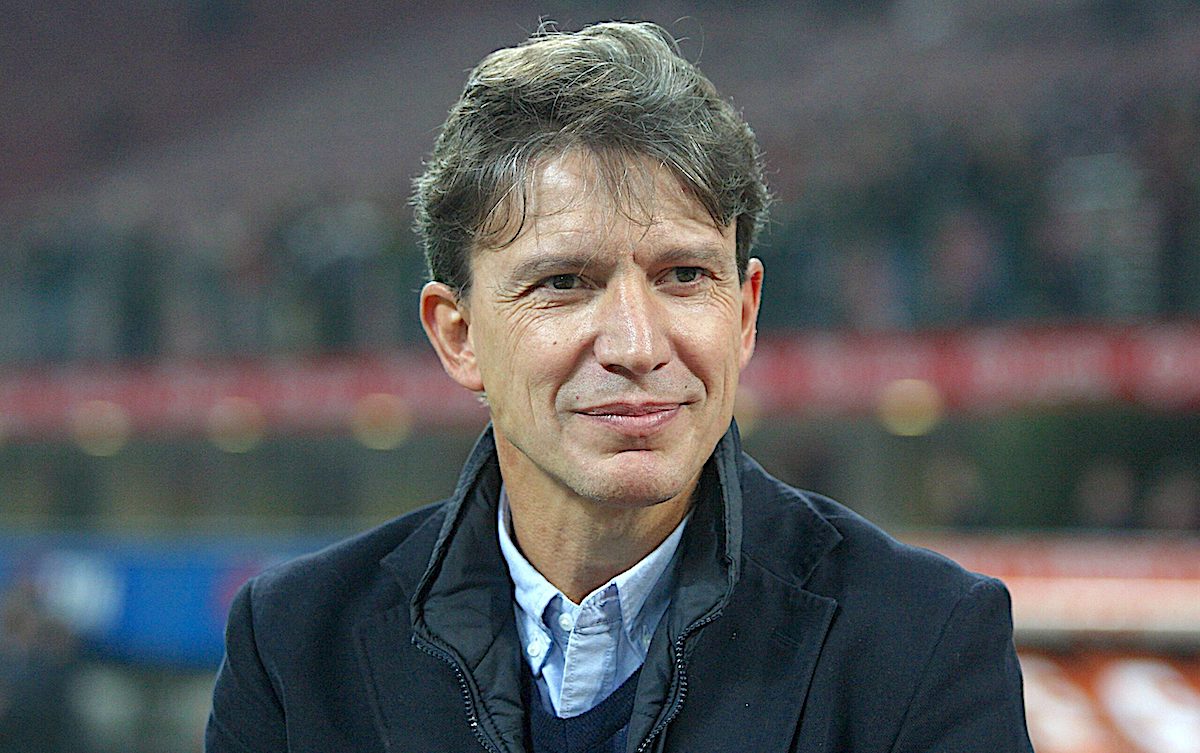 Eranio tells Milan to pay Kessie what he wants; gives thoughts on Botman and Muani rumours

Former AC Milan player Stefano Eranio has given his opinion on a number of controversial topics surrounding the club including Franck Kessie’s future and potential signings.

Eranio spoke to La Gazzetta dello Sport about the importance of the January mercato for Milan in terms of filling gaps in the squad that have emerged due to injuries and also addressing depth problems.

“Why should Milan invest in January? Because there are two departments, defence and midfield, where Pioli is numerically in difficulty. And there is the Covid variable, with the increase in infections in recent times, can also affect more than injuries. We need an equipped squad, at the moment only Inter can rest assured in this sense,” he said (via PianetaMilan).

The injury to Simon Kjaer – who will miss the rest of the season after undergoing surgery on his knee ligaments – means that Milan are in for a defender and Sven Botman continues to be the target most heavily linked, with Eranio giving his thoughts on the potential arrival of the Dutchman.

“It would be a wonderful purchase, the starter of the future. He is young but has already gained experience winning in Ligue 1, he is a great scorer but he knows how to play the ball and start attacks the right way, like all Ajax academy defenders. And he would integrate well with Tomori. Historically, Milan has focused on profiles of this type and has hit the mark.

On alternatives within Serie A, he added: “I would give Rugani a chance, who has been too underestimated in recent years. He remains an excellent central, very intelligent. When you have the strongest in the world in front of you, it is not easy to make room for yourself.”

The absence of Kessie and Bennacer in the Africa Cup of Nations will complicate matters for a month when some crucial games will be played, and Eranio was asked if it be enough to bring forward Yacine Adli’s arrival.

“I like Adli, he showed that he can play in all areas of the midfield. He would definitely help out. I wouldn’t be clear about rejecting Bakayoko: even in his first experience at Milan he struggled at the beginning. He is a diesel, he needs continuity: who knows if with more time and confidence, he may not be the real reinforcement in January.

“Much will also depend on Pioli, and on how he will be able to readjust the men available: if he switched to a three-man midfield, for example, I see Saelemaekers as a good mezzala.”

There is currently a hysteria surrounding Franck Kessie too. The Ivorian has not quite hit the same levels that he did during the last season while he continues to ask for a very high salary to renew his contract which expires at the end of the season.

“If you lose him, you lose 50 percent of midfield. Milan and Pioli are showing him all the esteem in the world, but we have seen that with Gigio and Calha it was not enough. The player’s demands are high, but in a squad where Ibra earns 7 million at 40, I think Kessie deserves what he asks for. There is an economic effort, you cannot lose three fixed points in two years.”

Finally, he was asked whether Nantes striker Randal Kolo Muani is a convincing option for the future, given La Gazzetta have linked him.

“I would bet on Scamacca. But Maldini and Massara have done very well in recent years, I trust their intuitions.”

READ MORE: From Conti and Castillejo to Maldini and Pellegri – the latest on Milan’s January exits