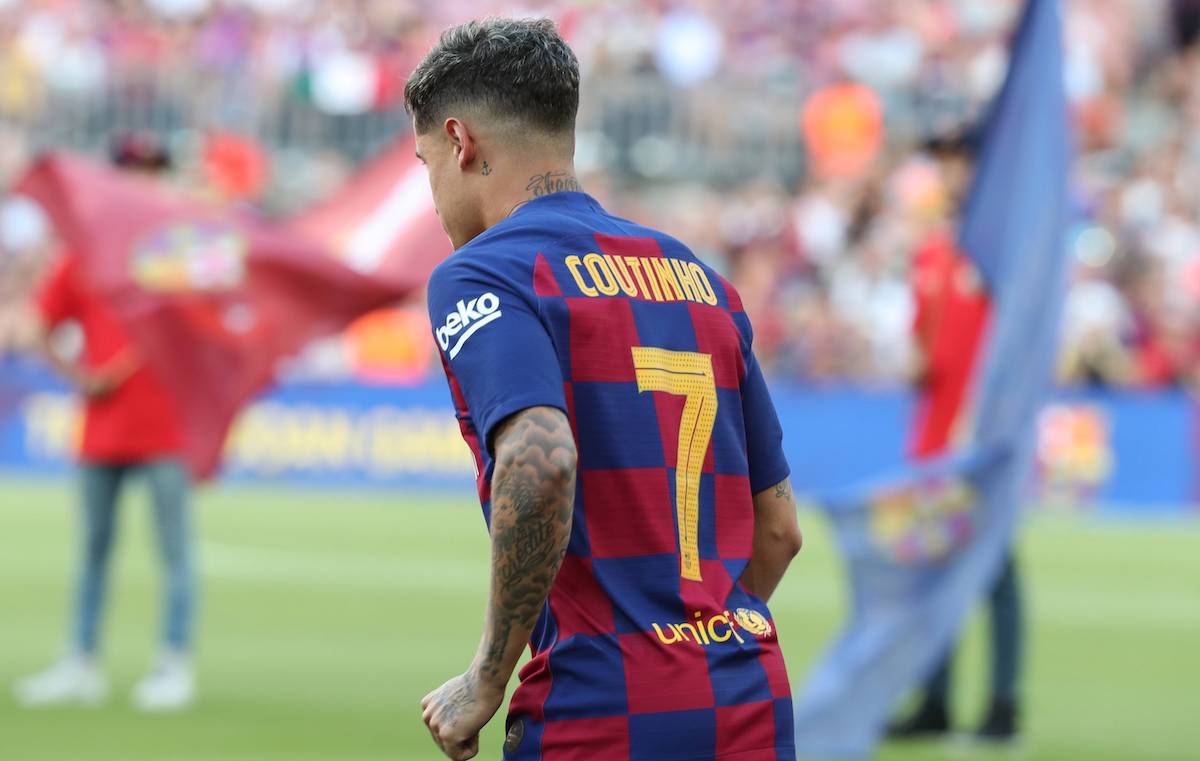 AC Milan are interested in signing playmaker Philippe Coutinho from Barcelona and could land him in a cut-price deal, a report claims.

According to the latest from ESPN (via Sky Germany), Milan’s search for a new attacking midfielder to replace Hakan Calhanoglu and they have their eyes on Coutinho, who does not seem to be part of Barcelona’s plans.

The report goes on to mention that the Catalan side are not only willing to let him leave but would do so for a fee of just €20m – a snip compared to the €145m they paid Liverpool to sign him a few years back.

Coutinho has been regarded as a flop at the Nou Camp since his big-money move from Liverpool and it is felt that an exit is needed to resurrect his career. In fact, the Brazilian hit his best form on loan with Bayern Munich, winning the Champions League with the Bundesliga giants.