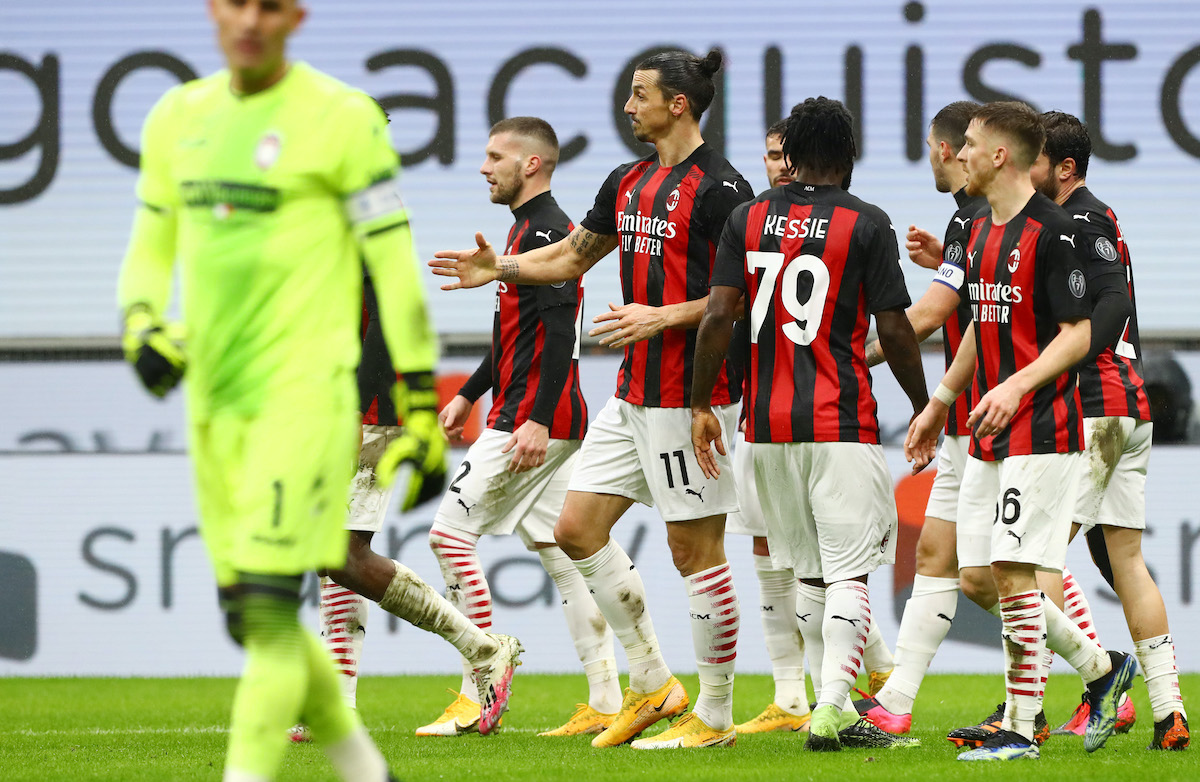 Eternal Ibrahimovic and a five-game streak: All the key stats from Milan’s win over Crotone

AC Milan reclaimed top spot in style at San Siro this afternoon, beating Crotone 4-0 to record their heaviest win of the season so far.

The Rossoneri were led by braces from Zlatan Ibrahimovic and Ante Rebic, with the Croatian scoring twice in 69 minutes as Pioli’s men ended up storming past Serie A’s bottom-placed side.

Below are the best post-match stats, courtesy of the official website…

➤ Zlatan Ibrahimović has reached 500 goals in club football in all competitions: 501, including 83 for Milan.

➤ The Swede, alongside Cristiano Ronaldo, has scored the most braces in Europe’s top five leagues this season (6).

➤ Milan have won five games in a row against newly-promoted sides in Serie A for the first time since May 2012, under Allegri (8).

➤ Milan have kept eight clean sheets so far this season, more than any other side in the Serie A.

➤ The Rossoneri scored three goals inside six minutes, for the first time since last July in Serie A – three goals from 62nd to 67th minutes v Juventus.

➤ Ante Rebić scored his second brace in Serie A, after the one in January 2020, at San Siro, against Udinese; he last scored in two consecutive league games in July 2020.

➤ Seven of Hakan Çalhanoğlu’s eight assists in this Serie A season have come since December, the most in this period in Europe’s Top-5 leagues alongside Kingsley Coman.

➤ Leão is the fifth-youngest player in Europe’s top five leagues this season to be involved in 10+ goals – the Portuguese has scored five goals and provided five assists so far.

➤ Three of Leão’s five assists in Serie A have been for Zlatan Ibrahimović.