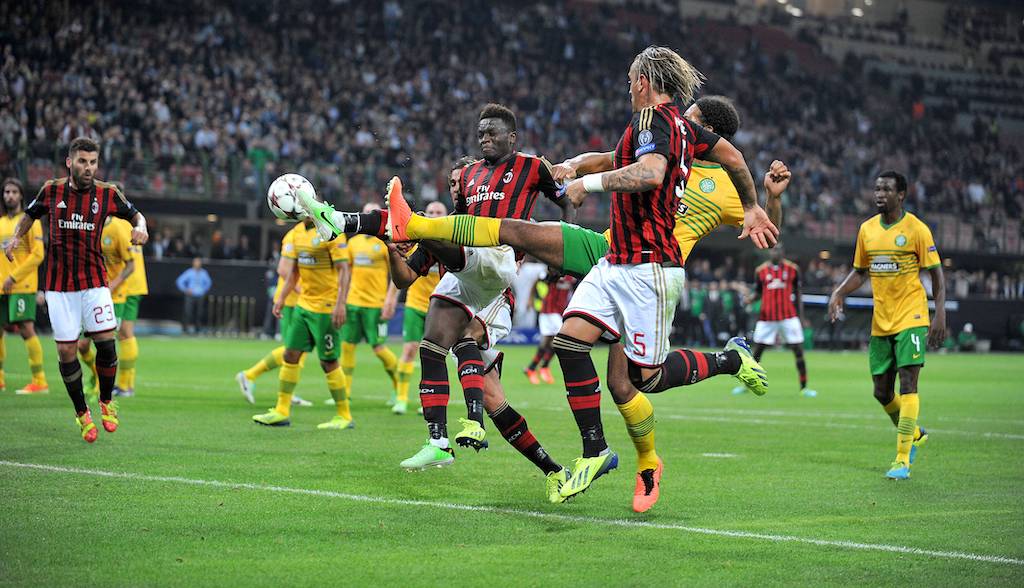 AC Milan will be looking to rack up the third win of their Europa League group stage campaign when they host a Celtic side in turmoil on Thursday night.

The Rossoneri go into the game knowing that they are 90 minutes away from either having their qualification secured or will face another dreaded winner-takes-all shootout in the sixth round of matches, just as they did in 2018-19 when they were dumped out by Olympiakos.

Milan would however qualify if they win and Lille do the business against Sparta Praha, though Stefano Pioli revealed in his pre-match press conference that he is expecting to meet a ‘determined’ Celtic side.

Milan have a relatively fit squad available for this game, and although Zlatan Ibrahimovic and Rafael Leao are still out injured with muscle problems, Ismael Bennacer and Samu Castillejo are both back and in contention.

According to Pietro Mazzara of MilanNews, Pioli is expected to make some changes to the starting XI from the team that beat Fiorentina 2-0 on Sunday.

One of Jens Petter Hauge or Brahim Diaz will start on the left wing, with Leao not yet back from a muscle problem and Ante Rebic standing in for the injured Ibrahimovic as the centre-forward. 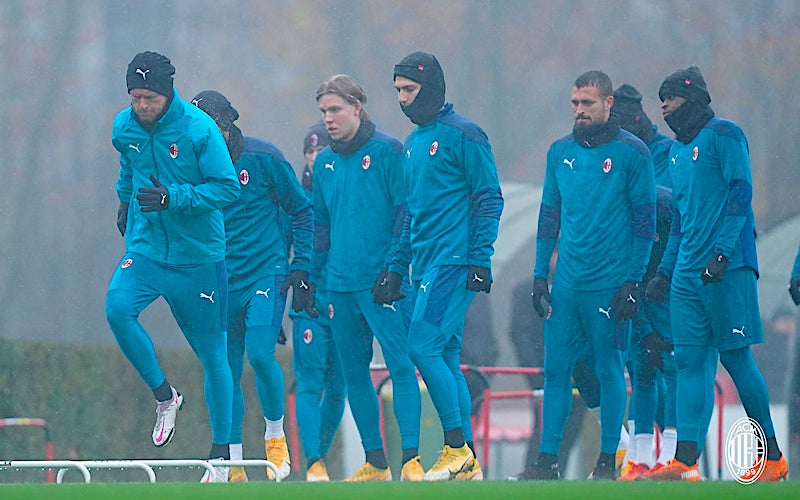 The candidacy of Brahim for that spot suggests Hakan Calhanoglu is likely to keep his place as they playmaker, while Mazzara adds that Simon Kjaer could finally be rested, with Matteo Gabbia his replacement at centre-back.

Finally, he adds in another tweet that Diogo Dalot will be given another start, though it is not clear if it will be at left-back or right-back, thus in place of Theo Hernandez or Davide Calabria respectively.

Things had not exactly gone well to begin the season for Celtic when they welcomed Milan last month, but things have descended into a full-blown crisis.

Celtic are in search of their 10th Scottish Premier League title in a row, but have won just two of their last 10 games across all competitions and trail bitter rivals Rangers by 11 points – albeit with two games in hand.

This weekend though they were dumped out in the second round of the Scottish League Cup by lowly Ross County, and that came after back-to-back 4-1 defeats in the Europa League to Sparta Prague.

Manager Neil Lennon is facing calls to resign from supporters, who gathered outside Celtic Park after the shock cup exit and clashed with police.

We spoke to Lewis from The Celtic Star to get the inside track on exactly what has gone wrong for Thursday’s opponents.

In terms of selection news for Lennon, wide man James Forrest is still out after ankle surgery and is expected to miss a few more weeks yet, and while the formation the Hoops use from game to game has been hard to guess, a four-man defence is expected.

The two sides have met on seven previous occasions, and after the win in October Milan have now won five of those games, losing one and drawing one.

Last time Celtic played at San Siro, it took until the 82nd minute for Milan to break the deadlock but they eventually ran out 2-0 winners in the Champions League group stages back in 2013 thanks to goals from Cristian Zapata and Sulley Muntari.

➤ Milan have won their last 4 matches against Celtic in all competitions.

➤ Milan have kept a clean sheet in their last 3 home matches against Celtic in all competitions.

➤ There have been over 2.5 goals scored in Celtic’s last 4 games (Europa League).

➤ Celtic have conceded at least 2 goals in their last 4 matches (Europa League).

➤ Milan have seen under 2.5 goals in their last 3 home matches against Celtic in all competitions.

➤ Milan have scored at least 2 goals in their last 3 matches against Celtic in all competitions.

For Milan there are a number of players who will have the microscope on them, such as Sandro Tonali in midfield as well as loanees Diogo Dalot and Brahim Diaz.

However, the game will provide an opportunity for Ante Rebic to hopefully bag his first goal of the season. Though he got an assist for Ibrahimovic at Napoli and has shown his unselfish side as a centre-forward, last season’s top scorer is in need of a goal to get off the mark and this could be the perfect chance.

For Celtic, there is no doubt that Odsonne Edouard will provide far more trouble for Milan’s back line than they were subject to at Celtic Park when the Frenchman was injured. He has seven goals in 14 appearances this season across the SPL and the Europa League.

Milan loanee Diego Laxalt and centre-back Kristoffer Ajer will also be worth keeping an eye on given one is owned by the Rossoneri and the other is apparently a transfer target.

Milan could very well run into a resilient Celtic side willing to put everything on the line to fight for the future of their coach, but if Pioli’s side are serious about progressing deep into the competition this simply has to be three points.