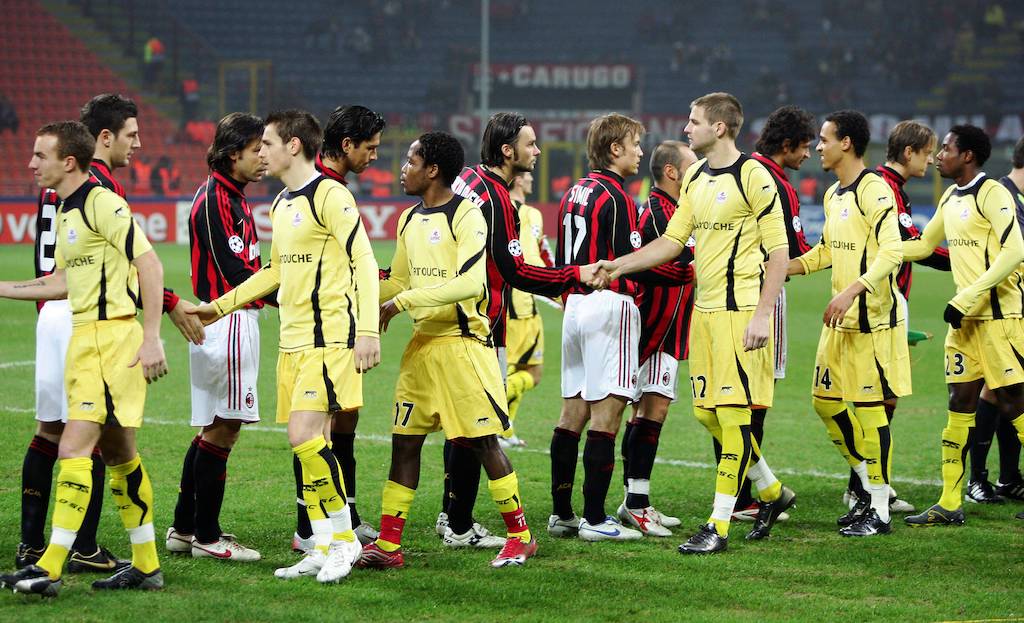 AC Milan will be looking to take a big step towards securing qualification for the knockout stages of the Europa League when they host Lille on Thursday night.

However, they will face a team that has certainly impressed over the last couple of seasons by deploying a recruitment model eerily similar to that of Milan’s, especially given the influence that Elliott Management have had on the club.

For last week’s game against Sparta Praha at San Siro, head coach Stefano Pioli was perhaps not as able to rotate the starting as he would have liked.

That is because the likes of Ante Rebic, Matteo Gabbia, Mateo Musacchio, Leo Duarte and Jens Petter Hauge were all out at that point for various reasons, but now Musacchio is the only one who will be ruled out for the game it seems.

Rebic has overcome his dislocated elbow and featured against Udinese while Gabbia and Hauge are COVID-negative and Samu Castillejo seems to be back in contention having missed Sunday’s game with a muscle problem.

The latest suggestions from the media are that Diogo Dalot will come in at right-back to give Calabria a rest, with Kjaer, Romagnoli and Theo Hernandez completing the back four.

Sandro Tonali is likely to come in for Bennacer and partner Franck Kessie, with Saelemaekers, Rade Krunic and Brahim Diaz completing the trident behind either Leao or Ibrahimovic.

That is why it is perhaps no surprise to see them flying high in Ligue 1 once again, as they currently sit second having not lost any of their opening nine games and having won five of them, sitting a point behind the early pace-setters – you guessed it – Paris Saint-Germain.

In terms of their progress in the Europa League thus far, Les Dogues have won one and drawn one – the victory coming away against Sparta Praha but the draw being a rather disappointing one against Celtic in which they had to come from 2-0 down to salvage a late draw.

In terms of selection issues, Galtier appears to have a fully-fit squad to pick from with no injuries or suspensions reported. It is expected that summer signing Jonathan David will come back into the starting XI after being benched for the draw with Lyon.

In the two previous encounters between the two sides, Lille have actually emerged with the better record against their opponents from Italy having drawn one and won one.

The draw was a drab 0-0 in Lille, but the game at San Siro was anything but as the visitors pulled off a shock 2-0 win courtesy of goals from Nigeria international Peter Odemwingie and the Ivorian Abdul Kader Keita. Milan would however go on to win the competition.

➤ Lille have failed to win 11 of their last 12 matches in the Europa League.

➤ Milan are undefeated in their last 5 matches (Europa League).

➤ Milan are both top of Serie A and Group H in the Europa League. The Italian giants are unbeaten in all competitions this season (W7, D1).

➤ Lille are also unbeaten in all competitions this season but haven’t been anywhere near as convincing as Milan. They have drawn each of their last three.

➤ Milan have scored exactly three goals in each of their last four home games.

For Milan, the game will represent yet another maturity test for Sandro Tonali against a strong midfield. The 20-year-old admitted that after a disrupted preseason he is finally heading back towards match fitness, and with Kessie alongside him he will be hoping to build on two positive displays.

A couple of players that will also be watched closely are Rebic and Castillejo provided that both feature, given the pair are returning from injury and the latter is under some pressure to get himself back into form, with Europe the perfect stage to do so.

For Lille, the one to watch in the attacking department seems to be Yusuf Yazici, who has already netted three times in this competition and has an average WhoScored rating of 8.6.

The battle between Renato Sanches and Kessie will be among the best on the field, as will the one between highly-rated centre-back Sven Botman and Ibrahimovic should he start.

This should – at least on paper – be a very entertaining spectacle as Lille know that they cannot afford to sit back at San Siro with Celtic facing Sparta Praha. Having a free-flowing side coming at them could benefit Milan, and being able to bring quality off the bench to exploit tired legs could also be a hand for the Rossoneri, who we are hoping can continue their fantastic form.