AC Milan will be looking to qualify for the last 16 of the Europa League for the first time in three years when they face Red Star in the second leg on Thursday.

Milan will be looking to put a difficult patch of recent form behind them – one which has seen them lose their last two Serie A games without scoring – and capitalise on having scored two away goals in Belgrade.

In his pre-match press conference, Stefano Pioli stated that they have prepared themselves well for the clash, reaffirming his belief that the team have what it takes to overcome a tough moment.

In terms of absentees, it seems as though the Rossoneri will only be without striker Mario Mandzukic and midfielder Ismael Bennacer, though Zlatan Ibrahimovic and Brahim Diaz are not expected to be risked and others will be rested too.

The broadcaster Sky (via MilanNews) reports that Gianluigi Donnarumma will be in goal, protected by a back four of Calabria, Tomori, Romagnoli and Theo Hernandez. Soualiho Meite and Franck Kessie will be in the double pivot, with Samu Castillejo, Rade Krunic and Hakan Calhanoglu behind the striker Rafael Leao.

Interestingly, this means that the Turkey international could well return to a position on the left wing, allowing Krunic to operate centrally as in the first leg.

Red Star are having an incredible season domestically as we mentioned in our last preview. Since their last defeat, they have racked up 18 wins and four draws, meaning they are nine points ahead of bitter foes Partizan. They have won 20 times in 22 league games, scoring 57 goals and conceding only nine.

Dejan Stankovic’s side won their most recent league encounter 2-1 away at Spartak Subotica who are in sixth place to continue their red-hot run of form. 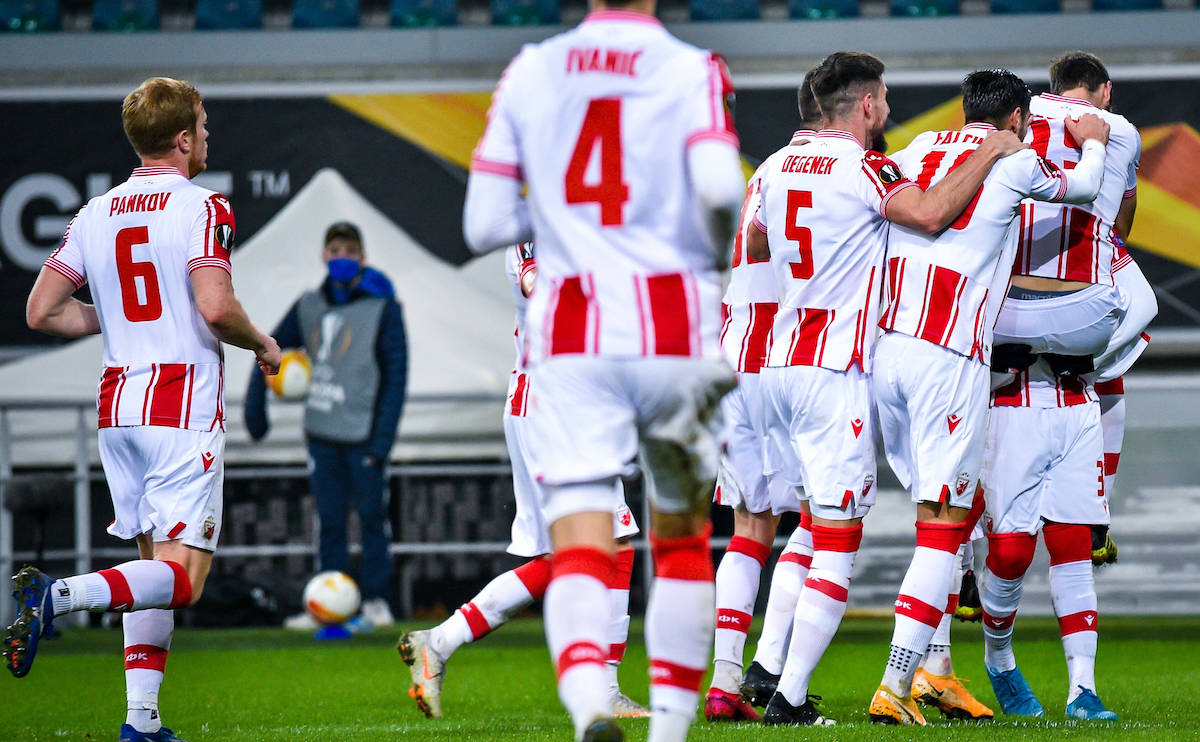 In terms of team news, Aleksandar Katai is a long-term absentee, having been out with an adductor problem since November, and Strahinja Erakovic has been out since earlier in the month. Milan Rodic is suspended from the clash after getting two yellow cards in the first leg, while centre-back Nemanja Milunovic will also be suspended.

Milan are unbeaten in each of their five European games against Crvena Zvezda, but have drawn more than they have won (three draws, two wins).

The first time these two sides met was in the 1988-89 European Cup and Milan won the tie on penalties following 1-1 draws in both legs.

The two wins came in the 2006-07 Champions League qualification stage, as Pippo Inzaghi scored the winner in the home leg at San Siro, while he also netted in the away leg before Clarence Seedorf made sure of Milan’s progression to the group stages. They of course went on to win the competition, beating Liverpool in the Athens final.

➤ The Serbian outfit have not lost in any competition since October and have won eight of their last nine away from home.

➤ Milan are generally struggling for results at the moment, with just two wins from their last seven.

➤ Red Star have drawn their last 3 matches in the Europa League.

➤ Milan are undefeated in 9 of their last 10 matches (Europa League).

For Milan there will no doubt by eyes firmly upon Rafael Leao. He will be looking for his first goal since January 9 when he takes the field tomorrow night as the striker, and he has scored each of his six goals this season playing in that position rather than on the left wing.

There will be further big opportunities for Rade Krunic and Soualiho Meite to prove that they deserve to stay beyond the summer, as well as Fikayo Tomori.

For the away side, the goals have been spread domestically but the familiar name of Diego Falcinelli is expected to lead the line, with the Italian on loan from Cagliari. Centre-back Nemanja Milunovic has the highest WhoScored rating of the entire squad, but he will be suspended, so it will be up to Pankov and Degenek to keep the Rossoneri at bay.

This represents a game of increasingly important magnitude. Given Milan’s recent struggles, anything other than progression to the last 16 without distress will be deemed a failure heading into a massive game against Roma at the weekend.