AC Milan will be looking to get back on the right track on Thursday night when they face Red Star in the first leg of their Europa League Round of 32 tie.

Milan fell to their first away league defeat of the season as they were beaten 2-0 by Spezia on Saturday and they will have to respond well in Belgrade to regain some confidence ahead of Sunday’s derby against Inter.

Earlier today Stefano Pioli dropped a strong hint that there will be some rotation due to the fact there are six games in 18 days on the horizon.

Brahim Diaz will miss out again due to a thigh problem while it is anticipated that Simon Kjaer will be rested and full-back Davide Calabria will also sit out the trip to Serbia as both have only just recovered from their own problems.

According to the latest from broadcaster Sky Italia, Pioli is set to give Gianluigi Donnarumma the nod to start in goal with Pierre Kalulu, Alessio Romagnoli, Fikayo Tomori and Theo Hernandez as the back four.

Soualiho Meite and Ismael Bennacer will be the double pivot, with Samu Castillejo, Rade Krunic and Ante Rebic behind Mario Mandzukic, allowing Ibrahimovic, Calhanoglu, Saelamaekers, Leao, Kessie, Calabria and Kjaer some much-needed rest before the derby.

There is a familiar face leading the resurgence of one of European football’s former powers as Inter legend Dejan Stankovic is at the helm of Red Star.

They achieved a second-placed finish in the group phase finishing five points behind Group L winners Hoffenheim, but they have not lost a game in all competitions since last October as they continue to dominate domestically.

Since their last defeat they have racked up 17 wins and four draws, meaning Crvena Zvezda – with 59 points – are nine ahead of bitter foes Partizan. Indeed, they have won 19 times in 21 league games, scoring 55 goals and conceding only eight. 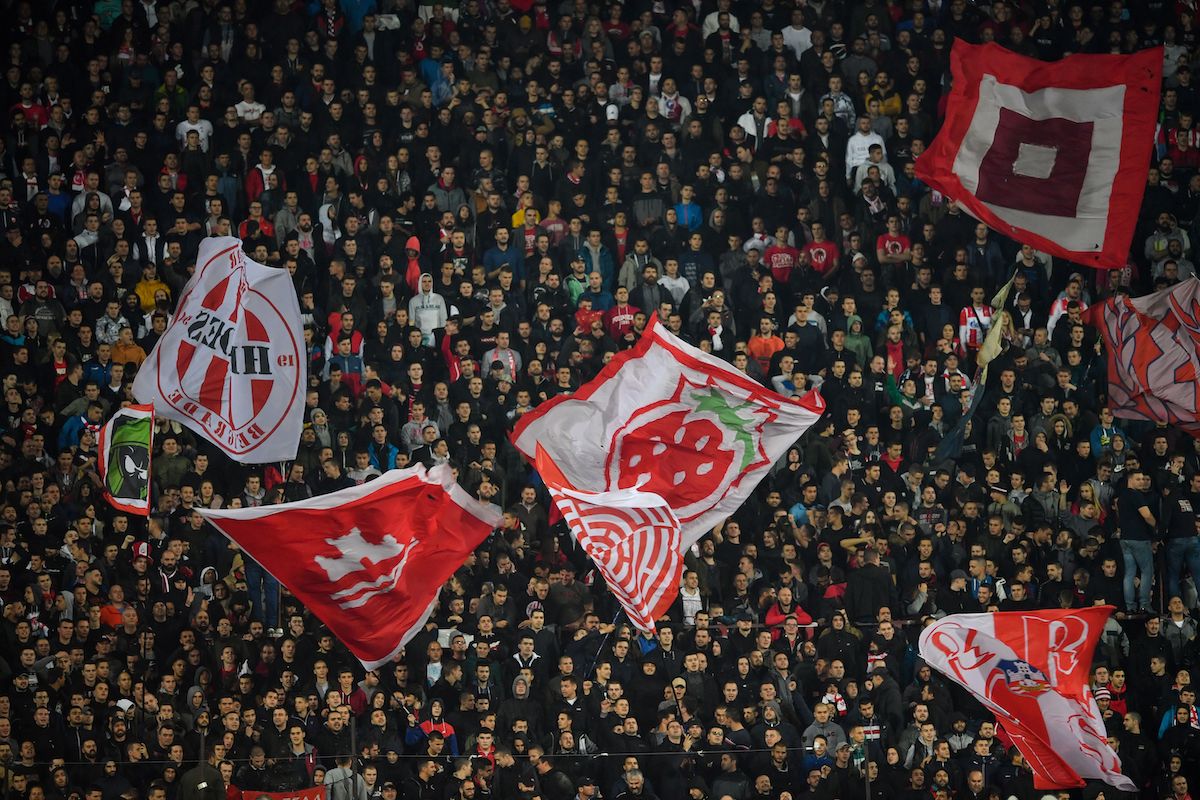 UEFA actually rejected an application for 15,000 supporters to attend the game which would have made the task a lot more difficult for Milan.

In terms of team news, Sportsmole state that Stankovic has used both a 3-5-2 and a 4-2-3-1 formation in Europe this season. Winger Aleksandar Katai – who is their top scorer in the Europa League so far – is expected to miss out, as is midfielder Veljko Nikolic with an ankle issue.

Milan Pavkov could start up front over the on-loan Bologna man Diego Falcinelli, while El Fardou Ben Nabouhane will either be on the left wing or up front.

Milan are unbeaten in each of their four European games against Crvena Zvezda (W2, D2), with the last one having been a Champions League qualification match in 2006-07.

In terms of competition proper, the last time these two sides met was in the 1988-89 European Cup and Milan won the tie on penalties following 1-1 draws in both legs. Milan won both legs of the aforementioned qualifiers 15 years ago too.

Pippo Inzaghi scored the winner in the home leg at San Siro, while he also netted in the away leg before Clarence Seedorf made sure of Milan’s progression to the group stages. They of course went on to win the competition, beating Liverpool in the Athens final.

➤ Red Star have kept a clean sheet in their last 3 matches (Europa League).

➤ There have been under 2.5 goals scored in Red Star’s last 3 games (Europa League).

➤ Red Star are undefeated in their last 5 matches (Europa League).

➤ Crvena Zvezda are inbeaten since October and have won 12 of their 15 matches since then.

➤ After losing only three games across the whole of 2020, Milan have now lost four of their first 10 matches of 2021.

➤ Should Milan choose to rotate heavily to keep their best players back for this weekend’s top-of-the-table clash with Inter then there is a very good chance of an upset on Thursday.

For the home side, it appears as though they have plenty of spread attacking threat based on their domestic performance so far, but it is centre-back Nemanja Milunovic who has the highest WhoScored rating of the entire squad. If he can keep Mandzukic and Rebic out with the help of his team-mates, it could be a long night for Milan.

Diego Falcinelli was their main striker in the group stage but Milan Pavkov has started their last couple in attack. Mirko Ivanić is the top scorer for them in the league with nine goals, and Milan Borjan is keeping clean sheets for fun.

For Milan, the eyes will be on the usual suspects when the chance to rotate comes. It will be another important test for youngsters like Kalulu and Tomori, and for Krunic and Castillejo for example these games could be crucial in showing they deserve a spot in the club’s long term plans.

The main story though is that Mandzukic will be making his first start in nearly a year and his first for Milan since joining, so it will be interesting to see his fitness levels and how he operates as a centre-forward.

Red Star are not an easy opponent for Milan, especially away from home and especially with such important league fixtures still to come. Their domestic form suggests this would be a difficult enough encounter anyway, but with some rotation in key areas a draw with an away goal might be considered a good result.