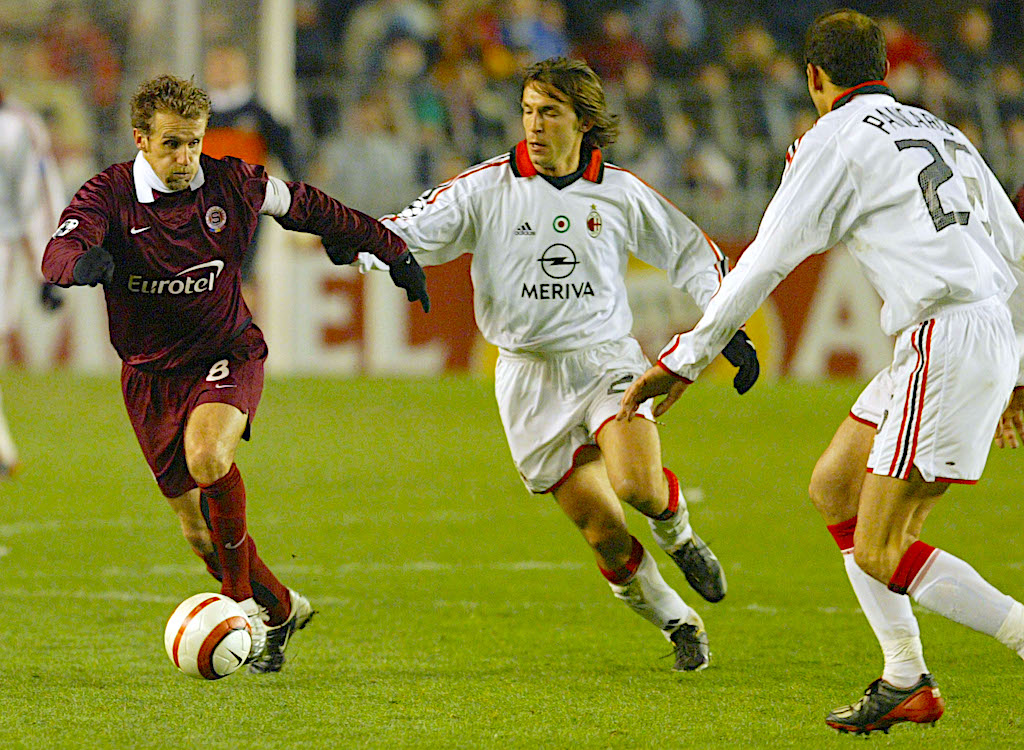 AC Milan will travel to face Sparta Praha on Thursday without the drama of 2018-19, with qualification for the knockout stages of the Europa League already secured.

Stefano Pioli is apparently getting ready to make wholesale changes to his starting XI for Thursday night’s trip to the Stadion Letna.

All that needs to be resolved is whether Milan finish first or second in their group, but there is also another chance for certain players to prove that they belong firmly in Pioli’s plans.

In his pre-match press conference, Pioli confirmed there will be some rotation to the line-up, and Tuttosport (via MilanLive) are reporting that he will seize the chance to rest key players.

Ciprian Tatarusanu will be between the posts instead of Gianluigi Donnarumma, and the defensive line will also see several new faces. The full-backs will be Andrea Conti on the right and Diogo Dalot on the left, and Leo Duarte will be partnered in defence by one of Matteo Gabbia and Alessio Romagnoli.

Sandro Tonali and Rade Krunic will be the midfield pairing and there will also be a couple of surprises in attack. Samu Castillejo will be on the right wing, in the centre will be Brahim Diaz, while on the left Pioli could choose Daniel Maldini, or possibly Hauge.

Finally in attack Lorenzo Colombo will have a new chance from the start, meaning Ante Rebic will get some rest.

As Sparta insider Jan Vacek told us before the last meeting between the two sides, it has taken several years for Sparta Praha to recover from an experiment with Andrea Stramaccioni, during which he brought in names like Janko, Kaya, Ben Chaim, Mandjeck, Mavuba and Biabiany on big money deals with virtually all of them backfiring.

They had started the season well, though it has now hit the buffers as they have lost three of their last four in the league since they played the Rossoneri, including a 3-0 home defeat in the Prague derby against Slavia at the weekend.

They have had a couple of good results in Europe since though, beating Celtic 4-1 home and away to ensure they will not finish rock bottom of the group.

Manager Vaclav Kotal has used a three-man, four-man and five-man defence this season, though the fact there isn’t much riding on this game could see them try to be a bit more proactive.

Captain Bořek Dočkal and central defender Ondřej Čelůstka are out due to cards, superstar Adam Hložek and striker Libor Kozák are injured.

Jan has informed us that Sparta will use a ‘lots young talents’, in particular 17-year-old defender Martin Vitík.

Milan faced Sparta just twice in the past prior to the 3-0 win at San Siro last month, with both games coming in the UEFA Champions League in Round of 16 back in the 2003-04 season.

The then-European champions drew 0-0 at the Stadion Letná in Prague before winning 4-1 in the second leg.

Milan found it fairly straightforward at the Meazza during the reverse fixture, with goals from Brahim Diaz, Diogo Dalot and Rafael Leao securing a comfortable 3-0 win.

Even though there is nothing resting on the game in terms of qualification, there are a few Milan players who will be under the microscope, in particular players like Duarte, Krunic and Conti who continue to be linked with January exits having not contributed much so far this season.

Loan duo Dalot and Brahim will be kept a close eye on two as speculation swirls (and after Massara’s words) that the club will look into a permanent deal, while a resounding performance from Lorenzo Colombo may make Milan think twice about signing a new striker.

For Sparta, Jan told us: “Keep your eyes on Adam Karabec,. Excellent young player, very strong on the ball, great vision and pass ability. He reminds me Tomas Rosicky a little bit. I think he will be better than Adam Hložek one day.”

The hope is that with so little resting on the game it will be a barnstormer full of attacking football and a feast of goals (preferably all in Sparta’s net). The hosts though will be no pushover, and Lille should beat Celtic to ensure they top the group which could mean Milan don’t go 100 miles an hour for the win.