Since December 2018 Milan have had a plan to construct their new stadium. The plan is a unique one in Europe, because Milan wants to build it with Inter together.

Before Milan decided that they want to build a new stadium, they considered the idea renovate San Siro into a modern stadium. However, CEO Ivan Gazidis and Milan President Paolo Scaroni confirmed that they would rather rebuild than renovate, because with building a new one Milan can spend less and hope to receive more money from their new stadium.

Today, Milan and Inter still have to pay the council to rent San Siro – both clubs pay €15million per year just to rent San Siro, excluding stadium maintenance. Buying San Siro is not simple, because of so many factor, so both clubs are ready to go against the wishes of the Mayor of Milan and break ground on a new project.

1. How the details about Milan new stadium, about capacity, location, target time, and cost?

AC Milan and Inter have to deliver final document to government in late April 2019. Based on what the media says, this stadium would have capacity 60,000 seats. This stadium will located beside San Siro, which is currently occupied by a parking lot. This stadium expected will cost Milan and Inter €600m each, and would expect to be open in time for the 2022-2023 season.

This image, courtesy of La Gazzetta dello Sport, shows the location of the new stadium and a new commercial zone. 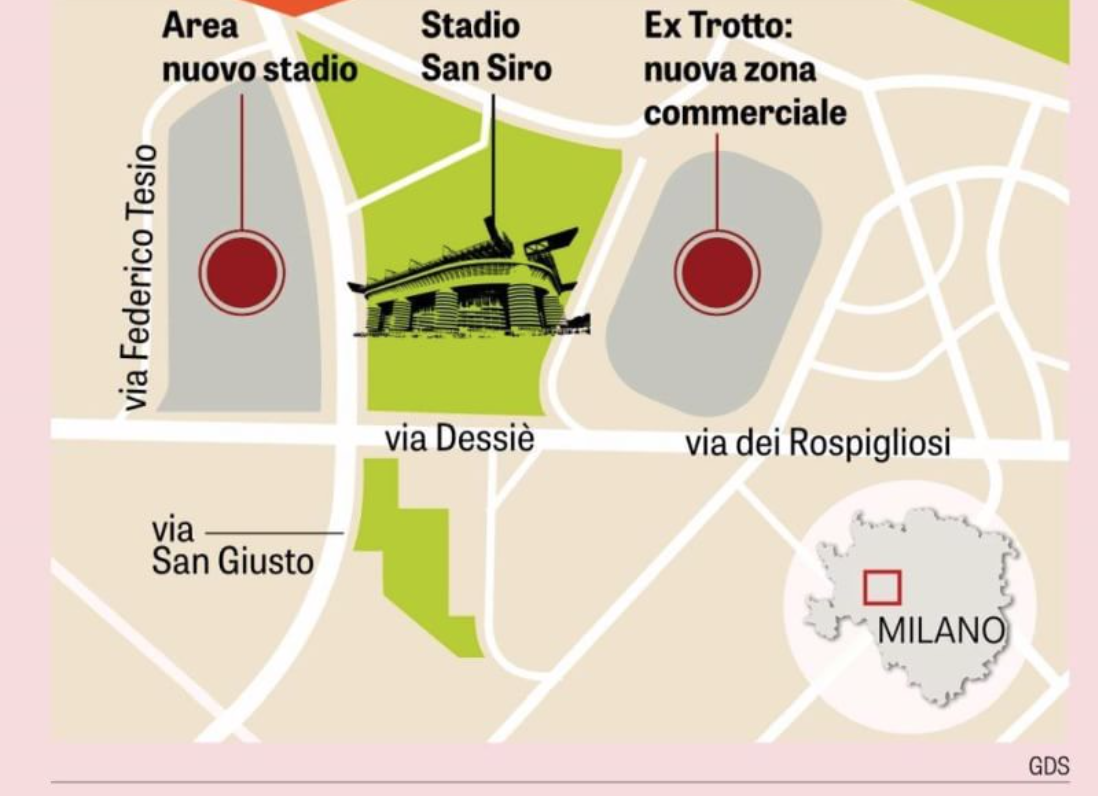 2. Why do they want to reduce the capacity?

For security reasons, they have to reduce the capacity. However, most people are in agreement that 60,000 seats is more than enough.

3. Will the new one have better revenue than San Siro?

Yes of course, let’s check Juventus’ revenue from ticket sales in 2017/18. Juventus received €51.2m from ticketing and we must know that their stadium is only 41,507 seats and average attendance per match is 36,510 fans with range of ticket price between €75-200. 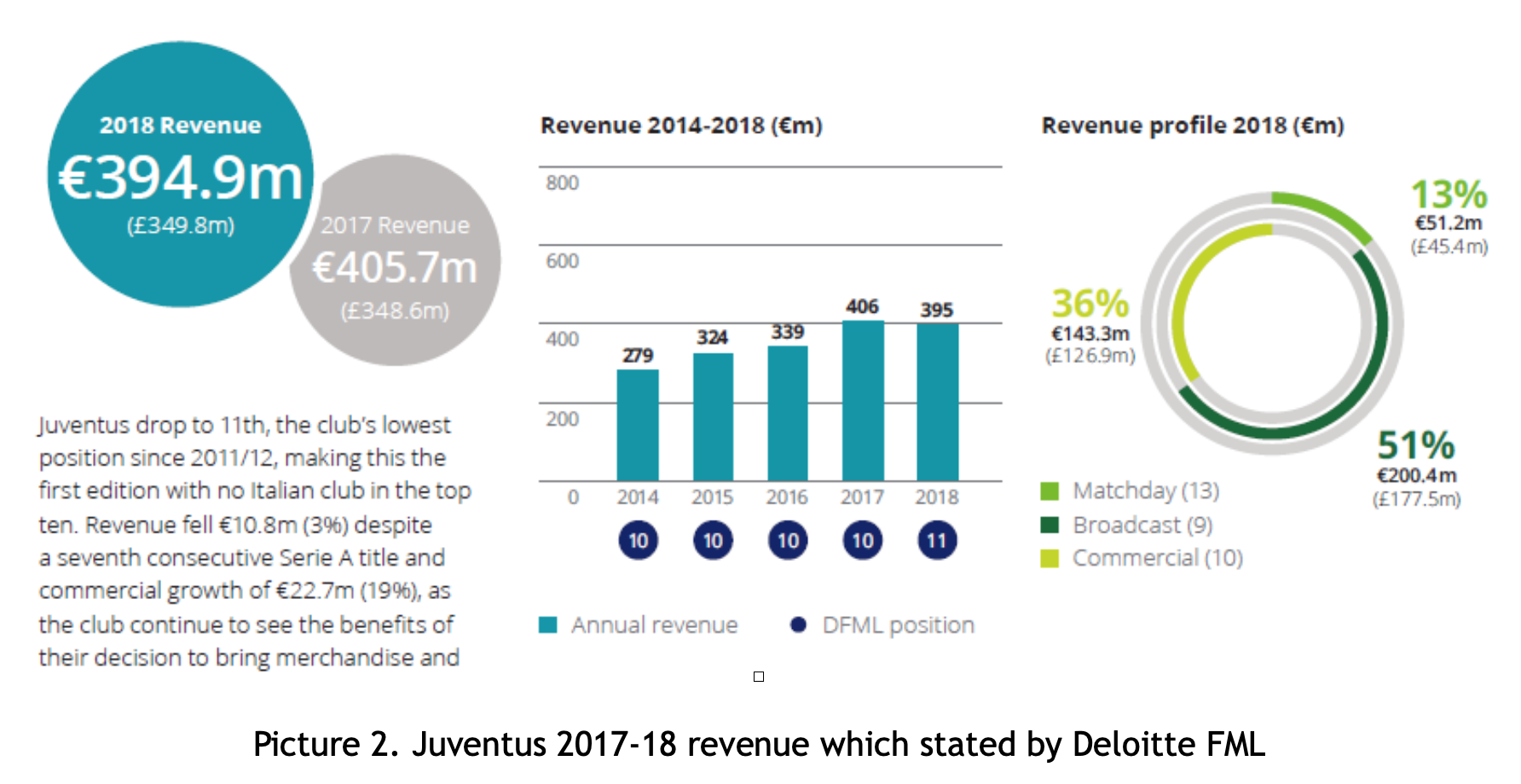 Now, let’s take a look at Milan’s revenue from ticket sales. The Rossoneri have stadium capacity and average attendance per match more than Juventus.

However, the club only received €36.9million from ticket sales last season, despite an average attendance which touched more than fifty thousands per game (51,472) – with range of ticket price between €25-160.

Milan’s ticket prices are undoubtedly cheaper than Juventus because of the dated stadium factor itself – San Siro is old while the Allianz Stadium is more modern with newer facilities. Another reason is Juve played in most competitive tournament in Europe, the Champions League, while Milan only played in the Europa League though that will hopefully change next season. 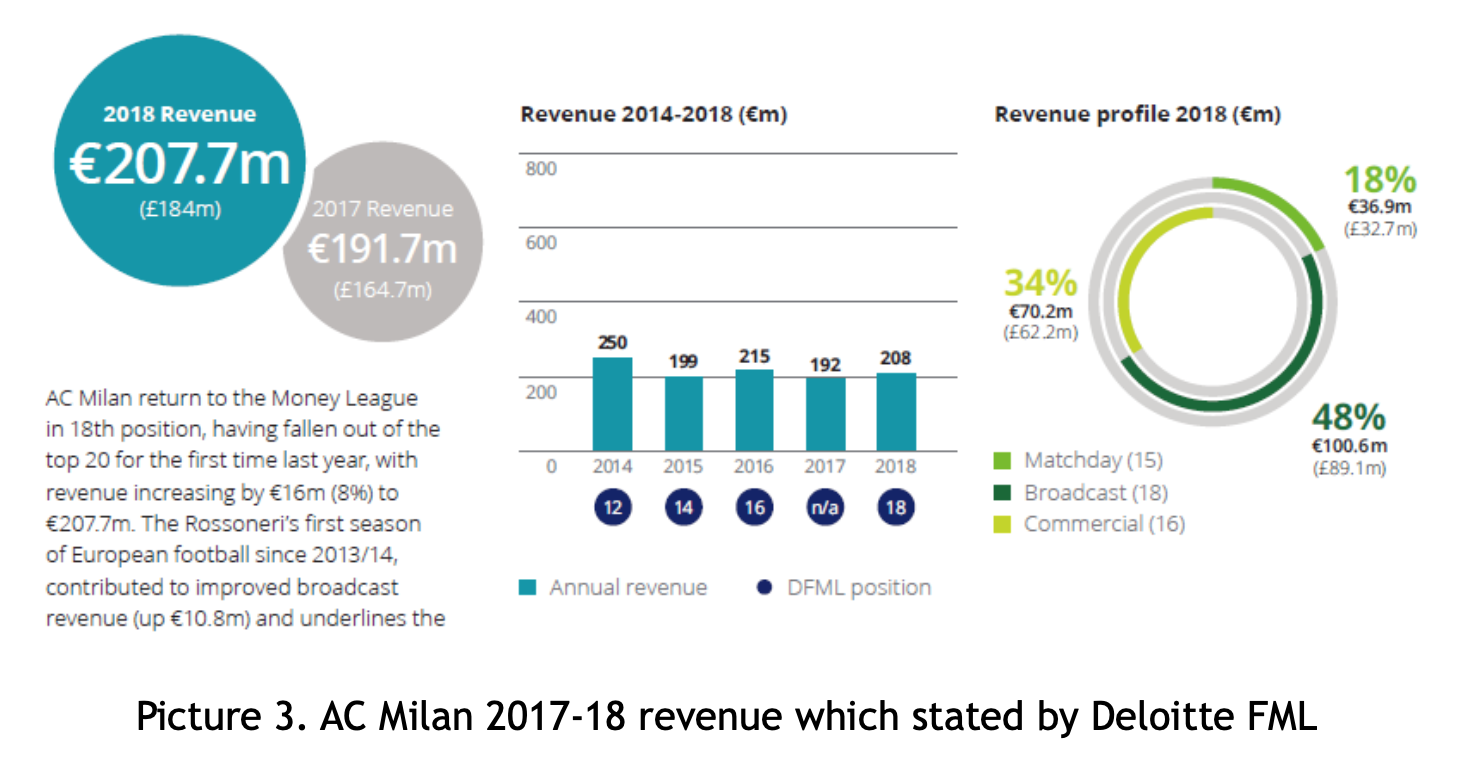 Also Milan have to pay rent for San Siro with that revenue, that’s why the club wants to build a new stadium as soon as possible. With that comparison, Juve wins for revenue from tickets sales, even though Milan have a better stadium capacity.

The revenue from tickets is not most significant for Milan when compared to revenues in other areas, but with a new stadium, Milan have a potential to receive more money – it really is that simple.

4. Why is the Mayor of Milan (Giuseppe Sala) so opposed to a new stadium?

From what has been observed until today, the matter of why the mayor seems disagree still cannot be concluded. First, because Milan and Inter yet to deliver final project to the municipality, and second, there has only been interviews between media and The Mayor. We have not been informed whether there has been an official meeting between to the two clubs and the municipality.

The Mayor wants the two clubs stay in San Siro and renovate. So San Siro, which has a large history, will remain sustainable. Could it be related to the financial incentive of rent? We hope not. However, it is another issue entirely whether the The Mayor will accept the final project.

5. Does it seem difficult to receive the ‘OK’ from the municipality for the new stadium?

Not at all. In 2015 Milan received the green light from the Mayor of Milan before Sala, Giuliano Pisapia.

Pisapia gave a permission to Berlusconi and co to build a new stadium in Fondazione Fiera area. However, at that time the landowner didn’t want to sign over all management of their area to Milan.

Thus, Milan and the landowners didn’t find an agreement on price, and then Sala replaced Pisapia and things could possibly get a little bit more interesting.

6. Can we build a new stadium outside the city of Milan?

Yes, in theory. One of the cities near Milano is Pavia. However, move to the outside of Milano will affect enthusiasm. because Milano is one of the important cities in the world, fashion capitals along with Paris, New York, and London, and the San Siro location is the strategic one.

7. Why is it so imperative to abandon San Siro, and why must a new stadium be shared with Inter?

The reason is that Milan wants to escape from the government and advance independently. By always paying rent, Milan’s income will always be deducted and they will always feel slightly controlled. 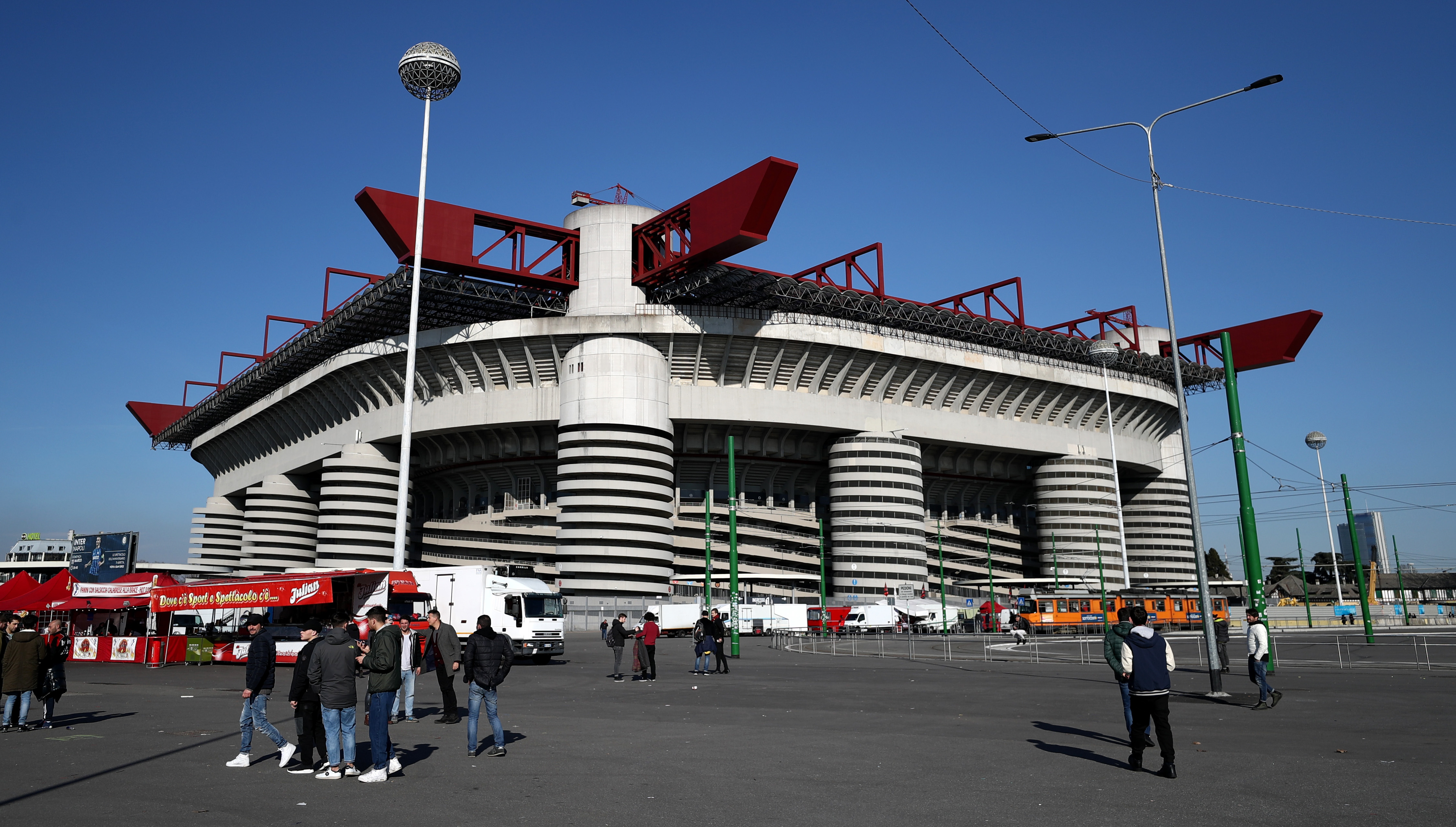 Milan through Scaroni confirmed that building a stadium with Inter is the ideal solution because they can save on development costs by not reducing the income itself.

8. Why can Milan not buy San Siro then renovate it?

First of all, San Siro cannot be easily acquired because the ownership involving the government is complicated.

Secondly, Milan has calculated for the past 4 months if building a new stadium will be more efficient. Why? Renovating the San Siro is not a small job – if you want to bring it up to the facilities of a modern stadium in fact it will be ridiculously expensive, and the capacity of the stadium would still be reduced.

Milan would also have to play games in another city during the period in which San Siro would be renovated, thus it has been calculated that the cost is greater than building a new stadium.

By building a new stadium, the Rossoneri will continue to use San Siro, so it makes sense logistically more than anything else.

9. With the large costs mentioned earlier, will that go onto the balance sheet?

Sure. Every expenditure and income of a club must be in the balance sheet statement of the club. However, the cost of €300million will not go into the report at once…

Calculation of costs (as long as the stadium is being built) is usually called construction in progress, where it is a record on the balance sheet. Every expenditure made by Milan during the construction process will be recorded annually. For example, Milan needs €100million to buy cement, sand, etc. in the first year, then the second year costs €150million for chairs, lights, etc. Then all of these expenses are recorded by Milan on the balance sheet. 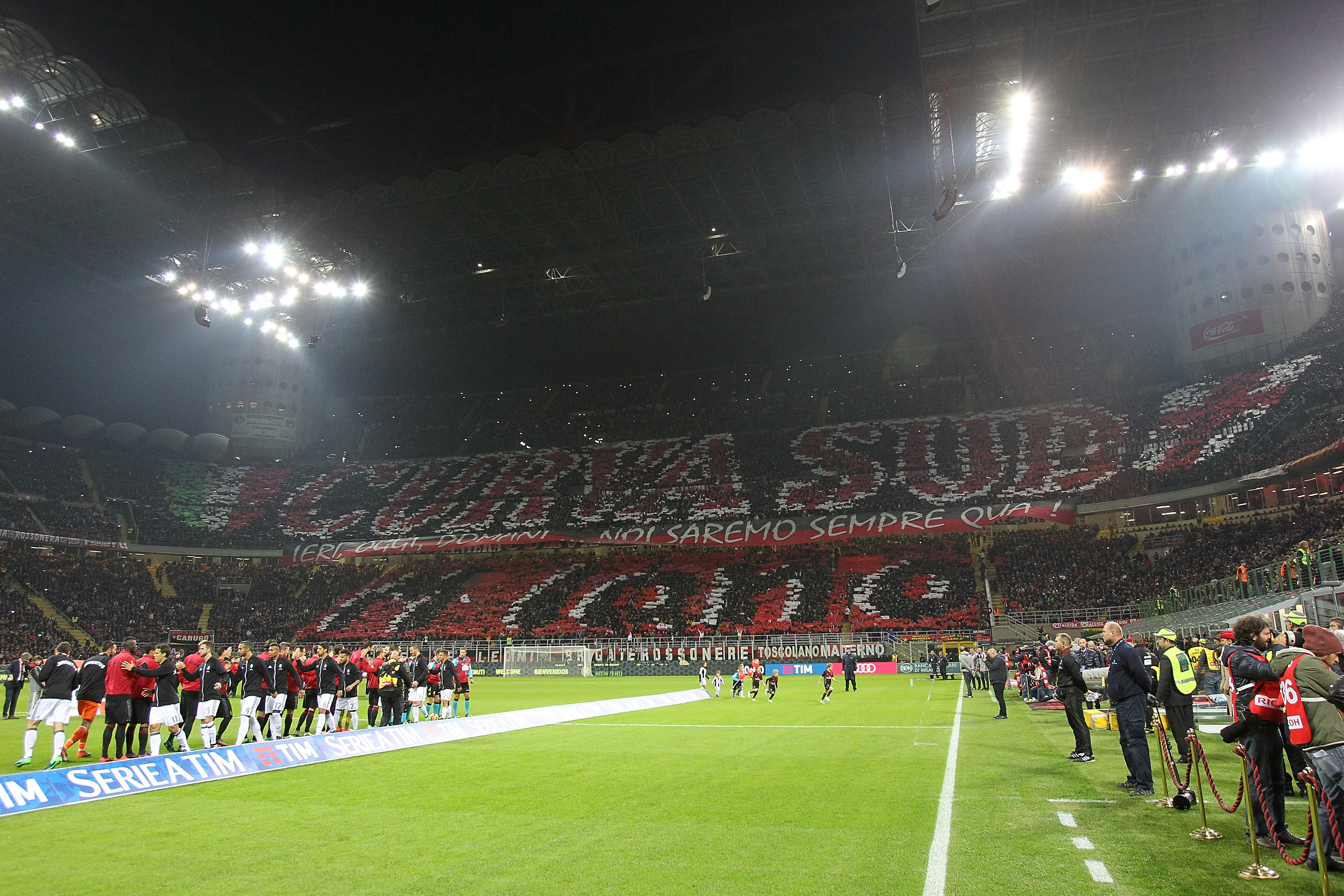 If later the stadium is completed, and spend a total cost of €300million (according to the allocation), the nominal is recorded in the financial statements. But, the amount is not recorded in one year’s income statement all at once.

Instead, Milan will conduct a recording process called depreciation costs, where Milan will divide the €300million into the club’s several-year income statement. The number of years is derived from the determination of the economic life of the building – usually set at around 20 years. So, the total cost of €300million will be divided into 20 statements in 20 years.

If you see the calculation above, Milan will record €15m in each income statement per year. The club can record the €15m as the cost of building the stadium, (for example) alongside the revenue for ticket sales being €15m.

10. Will the cost of building a stadium affect the FFP?

In question number 9, the details of Milan’s balance sheet/income statement have been detailed if the stadium is officially built. So will it affect the Financial Fair Play parameters from UEFA? The answer is no.

UEFA will not count a club’s expenses if it is for an infrastructure development, academy, or other club facilities. European football’s governing body only counts expenditure on personnel, such as recruiting players, the salary of the players and all the staffs of the coach and amortisation, as well as the operational costs of the team. 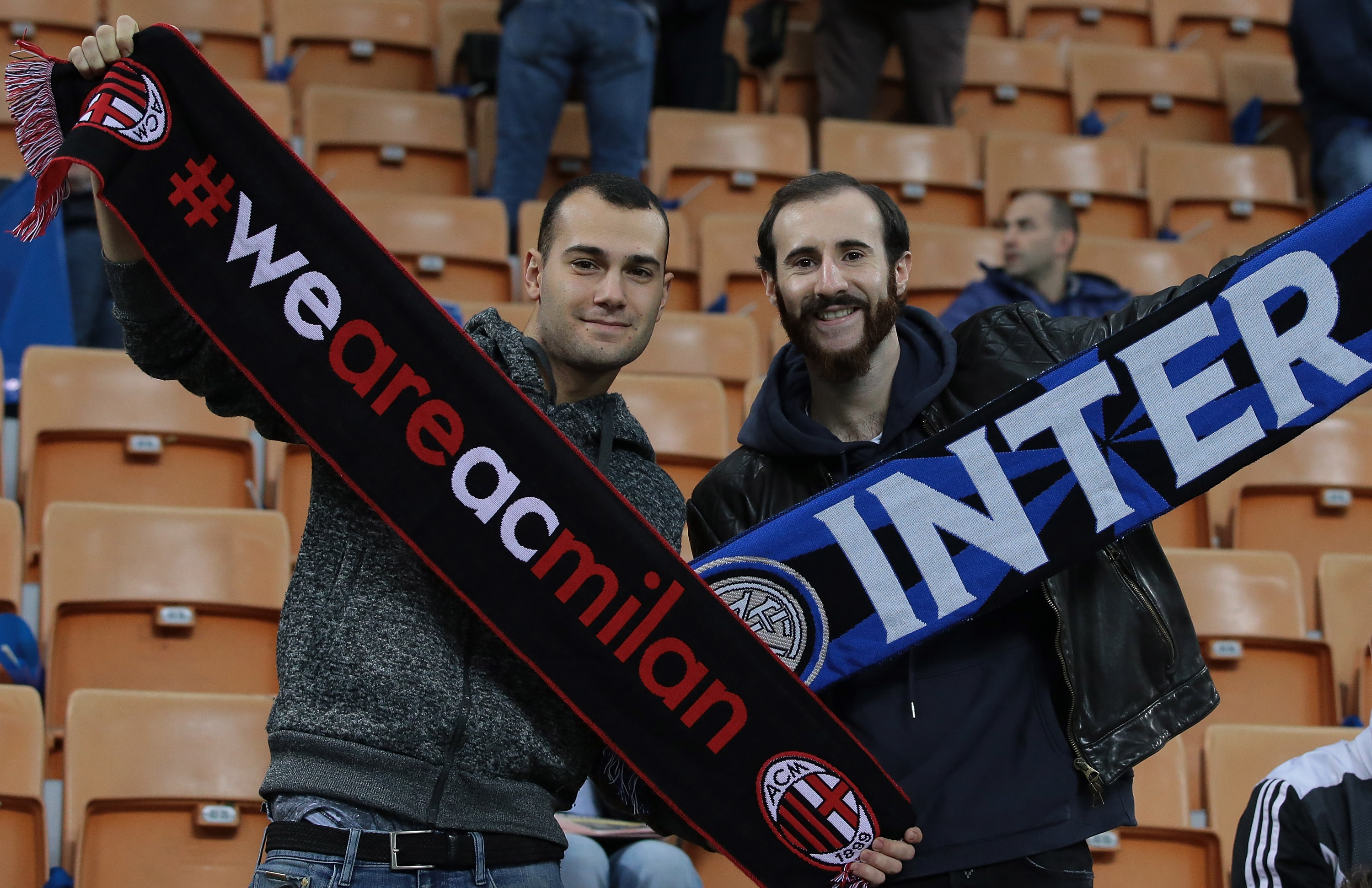 For example, if in one season Milan spent €250m on the mercato  and also completed the building of a new stadium, and received income of €300m. If we count, then Milan have a profit €50m. But from the €250m above, there is €15m for the stadium. So UEFA considers Milan profit is €65m.

With Milan’s plan to build a stadium with Inter, their goal is to move forward and escape the ties of the city government.

The new stadium is not only talking about income from every game, but with the other supporting infrastructures that makes Milan must have it. The San Siro is too old to continue to be use, and total renovating San Siro is not the best thing from economical aspect, at least that’s what the clubs and their consultants have said.

Be assured if Milan’s ambitious project will be successful in the future, Milan’s decision to build a stadium with Inter is not something to think about in one night, but rather a long process which will take a lot of time.

Ivan Gazidis has traveled around the world to do comparative studies with modern stadiums such as MetLife Stadium and the Emirates Stadium, learning about the impact of those structures.

So, let’s support this club’s decision and get rid of a fanatical ego that does not agree with the idea of building it alongside Inter. An ego won’t make Milan wake from his long sleep.

MN: Milan have budget available for January – the strategy and the number one target
28 October 2020, 21:57