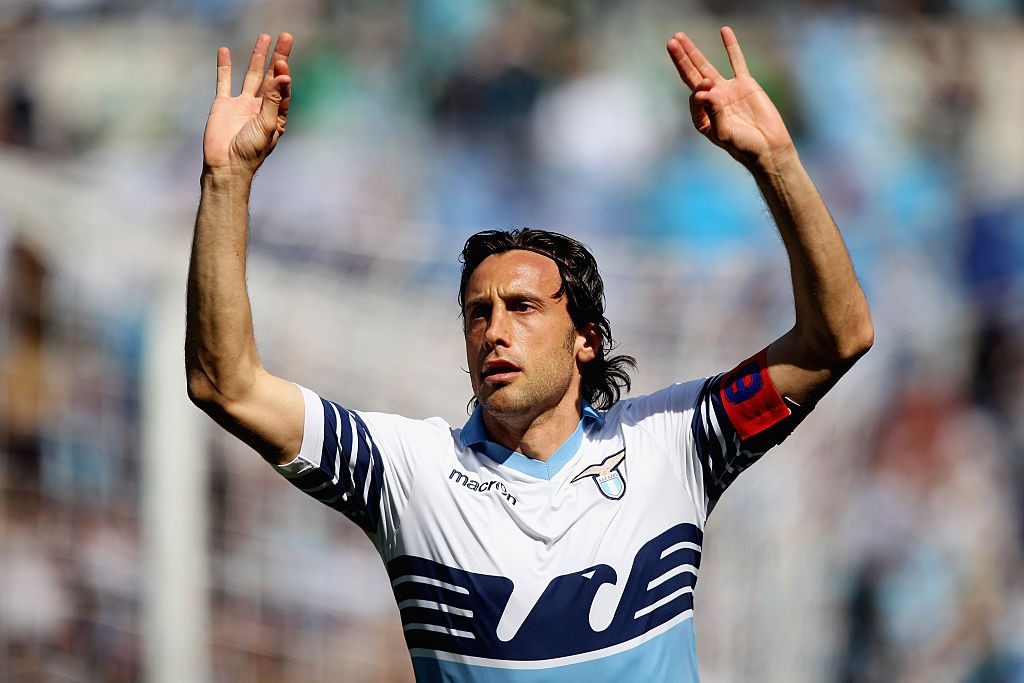 During his official presentation on Wednesday, the 53-year-old stated that there are three key principles which he wishes to instil into the current squad of players.

Mauri played 303 games for Lazio in all competitions and worked with Pioli from 2014 to 2016, and he told Calciomercato.com what it’s like to work with him.

“I was undoubtedly happy because he is a very good person, a serious professional,” he said.

“He deserved this opportunity, I am sure he will get the most out of this team. He is a hard worker and therefore from this point of view he will not be able to tell him anything.

“He is very good at making a group, trying to make people understand the importance of the concept of team and society beyond that of individuals.”

Milan fans got the hashtag #Pioliout trending worldwide expressing their disappointment at the decision, but Mauri believes he will win the fans over.

“The fans are right that they express their disappointment but I don’t think it’s a matter of Pioli but more towards the corporate situation of recent years at Milan and I am not referring only to this management by Boban and Maldini.

“It is normal that after Giampaolo they would have expected a coach with a different international experience, I am convinced that in the end Pioli will do well and will make the Milan fans think again.”

During his official presentation on Wednesday it was reiterated that the goal for this season is a top four finish.

“They are real expressions, if he has accepted a situation like that of Milan he wants to say that he believes first and foremost in the value of the squad.

“He believes he can do well, that what we have seen so far is inferior to the possibilities of the team and to be able to intervene on the team on a mental and motivational level.

“He knows how to work well on the self-esteem of his boys, if he talked about the Champions League it is because he really believes in it. Maybe it will be difficult to reach it this year but they will certainly try.

“I think he has a Champions League team, the only one really ahead of the others is Atalanta. Both Fiorentina and Lazio and Roma, who for one reason and who for another, are all struggling and have lost points in Championship.

“Milan is only a few points away from these realities, the only one is Atalanta which already has 5 points on Lazio and Fiorentina, if Gasperini’s boys were to miss two or three games you find yourself already there fighting for the fourth place.

“Do not forget that Milan is not in the Europa League, is not involved in European competitions that take away so much from the physical and mental point of view.”

On former team-mate Lucas Biglia: “I believe he will start from Biglia because he knows how he works every day, what he asks for.

“Above all, at the beginning it can give that little something extra in terms of character because it has a great international experience and in a difficult environment like that of the Argentine national team.

“He also knows the Milan environment and can make a difference then when he gets to know Bennacer better he will also rotate them according to the needs of the team or the characteristics of the opponent.

“Pioli is very good at understanding the weak and strong points of the opponent to put in field the most suitable team for that game.”

A lot of emphasis has been placed upon Pioli helping the likes of Krzysztof Piatek and Lucas Paqueta to find their form.

“Paquetà is a very strong player, it is more a mezzala than a trequartista,” Mauri continued.

“He is very good technically. He is a mezzala, but in some cases he can go behind the striker to receive the ball.

“As for Piatek, maybe Pioli will want to use Leao as the first point, perhaps giving less points of reference. After the respective national team commitments, he will understand the physical conditions of all.

“Now he is working with fewer players and he cannot make his ideas understood immediately, we will have to see. I believe he will start again from Biglia, Paquetà and we will see if Leao or Piatek will be the striker.”