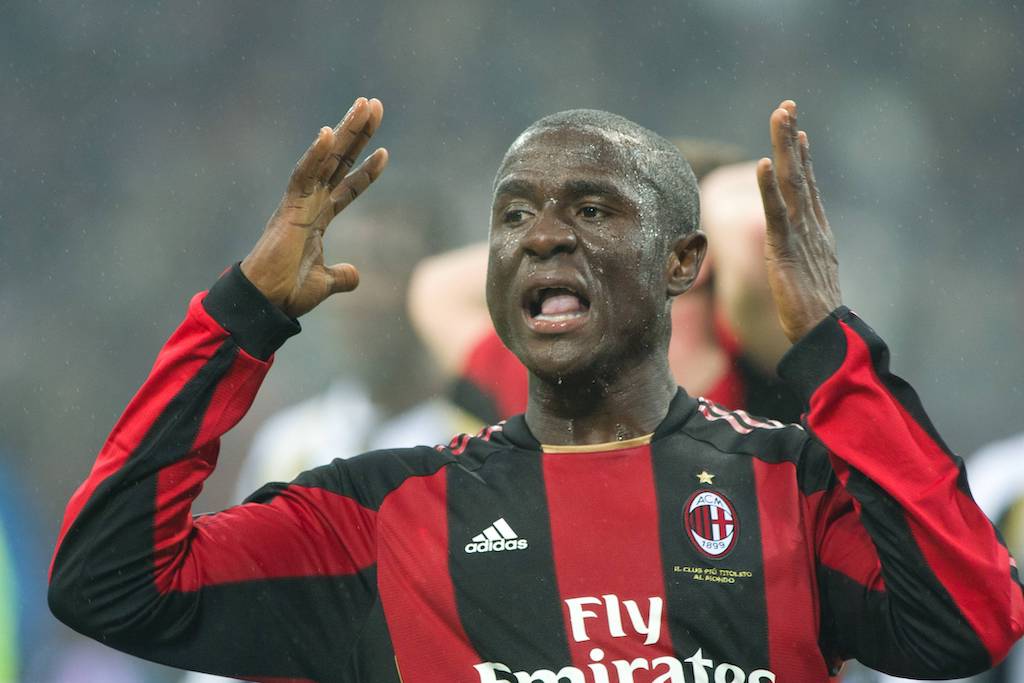 Former AC Milan midfielder Rodney Strasser has revealed some fascinating insights from his time with the Rossoneri, including stories about Silvio Berlusconi and Zlatan Ibrahimovic.

Strasser’s rise to making his debut for Milan is in itself an interesting one. Born in Freetown, Sierra Leone, Strasser began his career at local club Kallon before moving to Italy as a 17-year-old to join Milan Primavera.

During his time in the Rossoneri’s youth system he was a member of the side that won the 2009–10 Coppa Italia Primavera. He then made his first-team debut on 21 December 2008, in a 5–1 win against Udinese, coming on as a substitute for Kakha Kaladze, and scored one goal in six appearances.

Strasser has now spoken out about his six years with Milan during an Instagram live with journalist Nicolò Schira, and he began by thanking Max Allegri.

“He was the top, a great team. I thank mister Allegri who launched me and Merkel, we were the youngest but gave us space and trust. It was not our profile that counted, but what we showed in training,” he said (via MilanLive).

On his decisive goal against Cagliari in the Scudetto year, he added: “A beautiful memory, the most important goal of my career. I scored on Cassano’s assist, he had an incredible talent and was fun in the locker rooms.”

On Ibrahimovic: “A champion, but above all a friend. He loved me, I always sat next to him for lunch. He made me eat what he ate. After a goal in the derby he gave everyone a watch, except me and Merkel who were just in the first team. When he found out, he gave me his, a real man’s gesture.”

Finally, an interesting memory of Silvio Berlusconi: “The president was the number one, he talked a lot about football. But he knew how to cheer us up: after two draws he entered the locker room to talk about women, he was fixated but he did it with irony.”