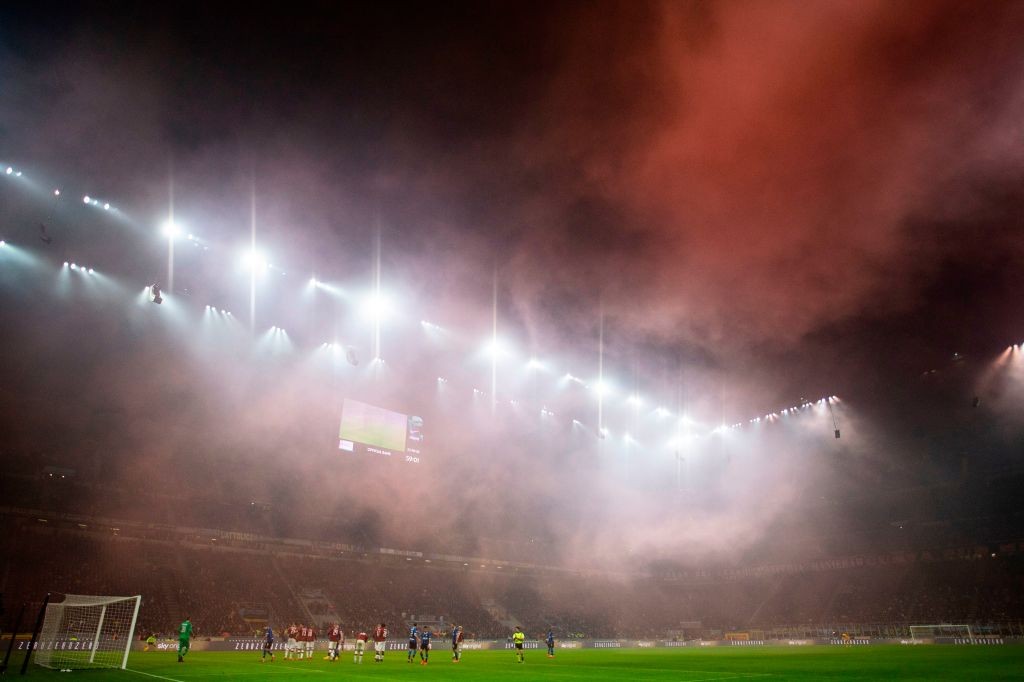 Both the Curva Sud of AC Milan and the Curva Nord of Inter displayed their respective tifos (choreographies) ahead of Sunday’s Derby della Madonnina, continuing the tradition.

Starting with the Rossoneri, they used the phrase “You want to be an ultra but then bla bla bla”, which is essentially an accusation that the Curva Nord are perhaps not following the usual ultra protocol when it comes to gossiping/informing. 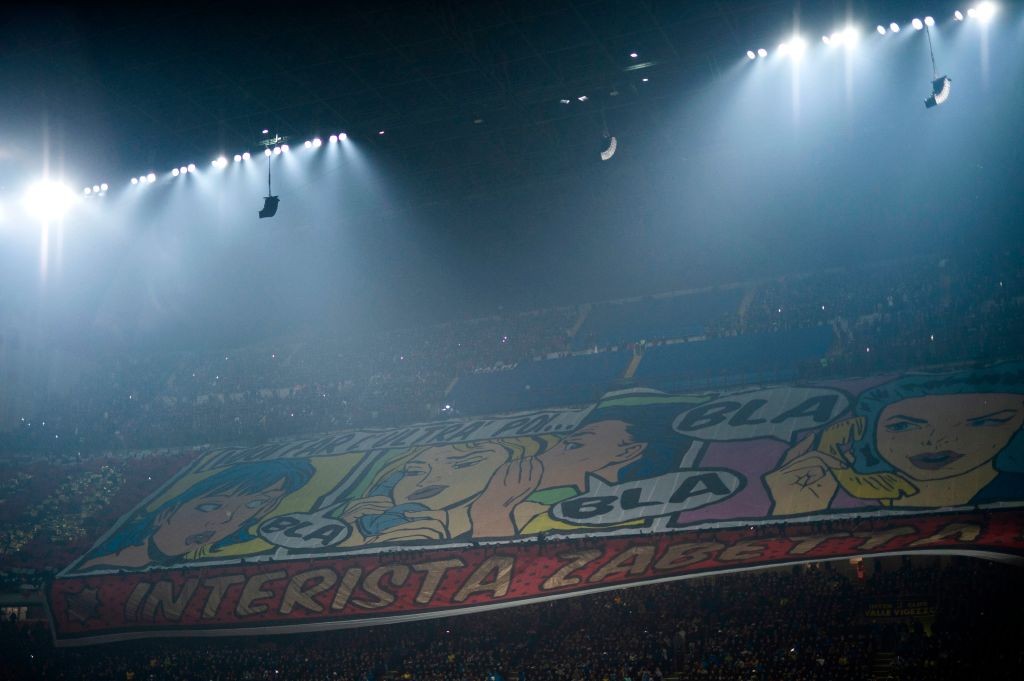 Meanwhile, Inter’s Curva used an image of Sant’Ambrogio on horseback hitting satan (the devil, a symbol of AC Milan) into a column after being tempted by him. According to the Inter side, this is in reference to the two holes which exist today in the Imperial Column in Milano, which according to their version of events are from the devil losing his horns after becoming stuck.

Nowadays, the column has cultural significance as a possible path to hell, which apparently is a nod to the fact that the devil returned straight to hell after being stuck there, just without his horns. 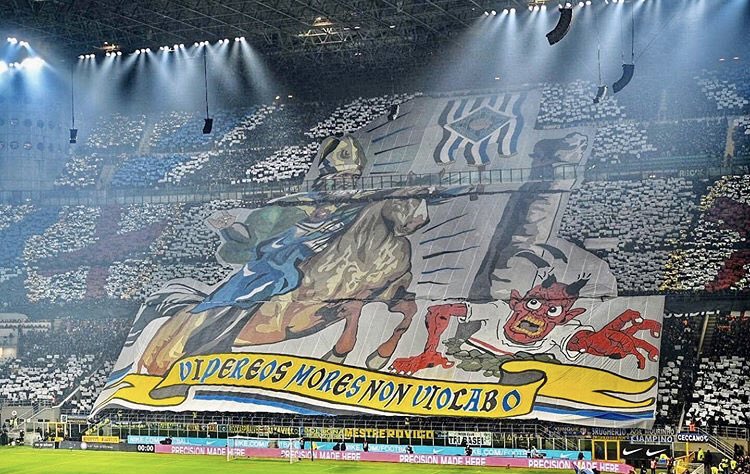 The text on the banner reads as follows: “I will not violate the customs of the serpent” – a nod to the Visconti family who were in power in Milano for 170 years starting in 1277.

However, it is important to note that the tifo is essentially a response to Milan’s display which showed Sant’Ambrogio bashing a snake, accompanied by the words: “Legend tells a story made of creativity and imagination, but reality teaches that the patron too fell into temptation.”

Legend says that Sant’Ambrogio resisted the devil’s attacks, rejecting by giving him a kick that made him stick his horns in the so-called Devil’s column.

However, in fact the reality is different: the column was used for the coronation of the emperors, hence why its official name is the Imperial Column.

Not only that, Sant’Ambrogio fell into temptation more than once, so much that he burned several synagogues killing hundreds of innocent people, considered by himself ‘infidels’. In essence, the Curva Sud were taking the right side in this.

In addition, the text they used is from the historic Visconti noble family as mentioned, who reigned in Milano almost 1000 years after Sant’Ambrogio, which means the two do not go together at all.