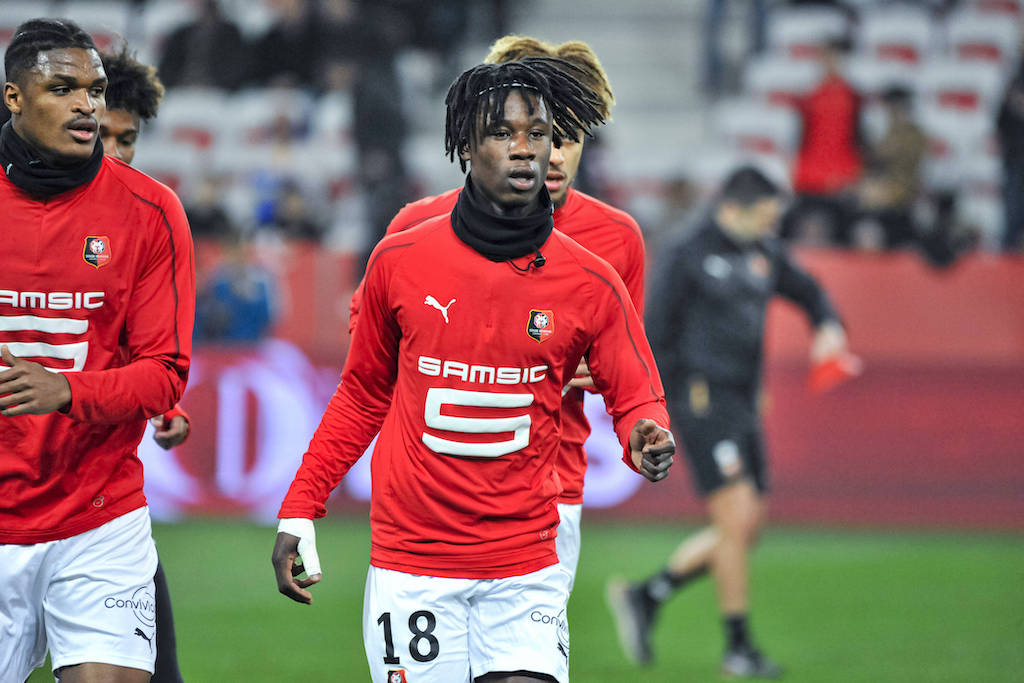 AC Milan’s pursuit of Stade Rennais starlet Eduardo Camavinga will be ‘difficult’ due to the costs involved, according to journalist Fabrizio Romano.

The 17-year-old has been persistently linked with Milan over the past few months, with French outlet RMC Sport even stating Milan opened talks with the player’s agent to gauge interest over a possible move.

It was recently claimed by Mundo Deportivo that Stade Rennais have set their asking price at €50m for Camavinga, with Real Madrid and Milan cited as having interest, and the player himself admitted he is flattered to hear of interest from the aforementioned duo.

Romano answered questions from fans of various clubs for Calciomercato.com during a Q&A on Saturday, and he began by discussing the chances of Camavinga ending up at Milan.

“Milan were among the first clubs to scout and follow him as soon as he started to rise in with Rennes,” he began.

“But today he has difficult costs, it goes beyond the €50million wall and Rennes will try to keep him for another year.”

A fan also asked Romano about the future of Rafael Leao amid speculation that he is not considered unsellable despite the fact Milan paid a substantial fee to sign him from Lille last summer.

“Practically safe unless incredible offers come in, which are not on the horizon. Milan believes in Leao a lot,” he said.