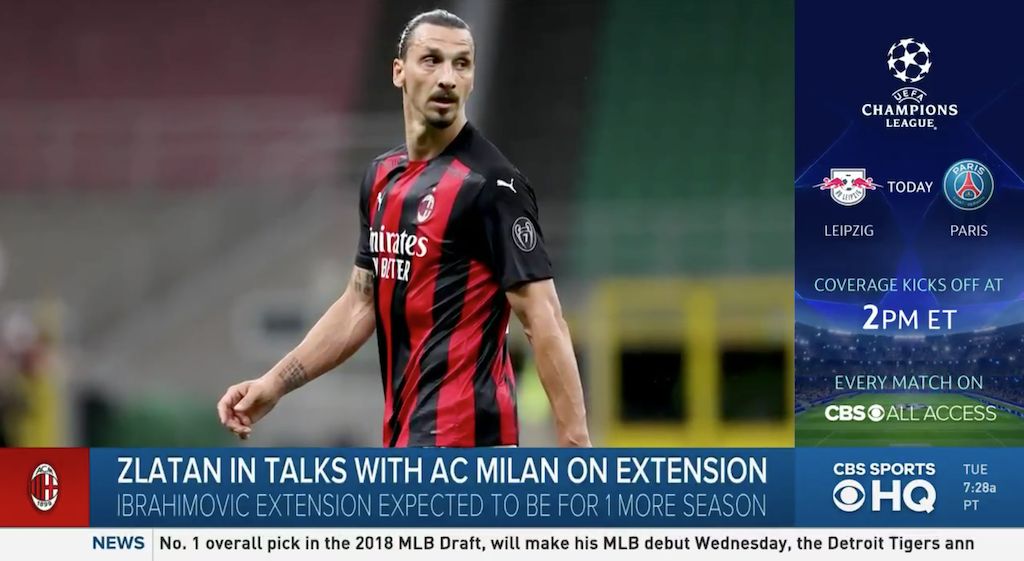 Fabrizio Romano: “In the next days Ibrahimovic will announce he will stay with Milan” – video

Journalist Fabrizio Romano has revealed that he expects Zlatan Ibrahimovic to sign a new one-year deal with AC Milan in the coming days.

After lots of back and forth in the media about possible disagreements over salary and an imminent signature, Romano has hopefully put the situation to bed by claiming that the Swede will remain a Rossoneri player in 2020-21 too.

Speaking to CBS Sports in America, Romano stated the following regarding the future of Ibrahimovic…

“He will continue to play in Italy. He has been finalising his agreement with AC Milan to stay one year more as a Rossoneri player,” he said.

“He is in talks with his agent to stay at Milan for one year more. Talks are going well and I think in the next days Ibrahimovic will announce he will stay with AC Milan also next season.”

🗣 @FabrizioRomano says Zlatan Ibrahimovic is expected to sign a new one-year deal with #ACMilan in the coming days.