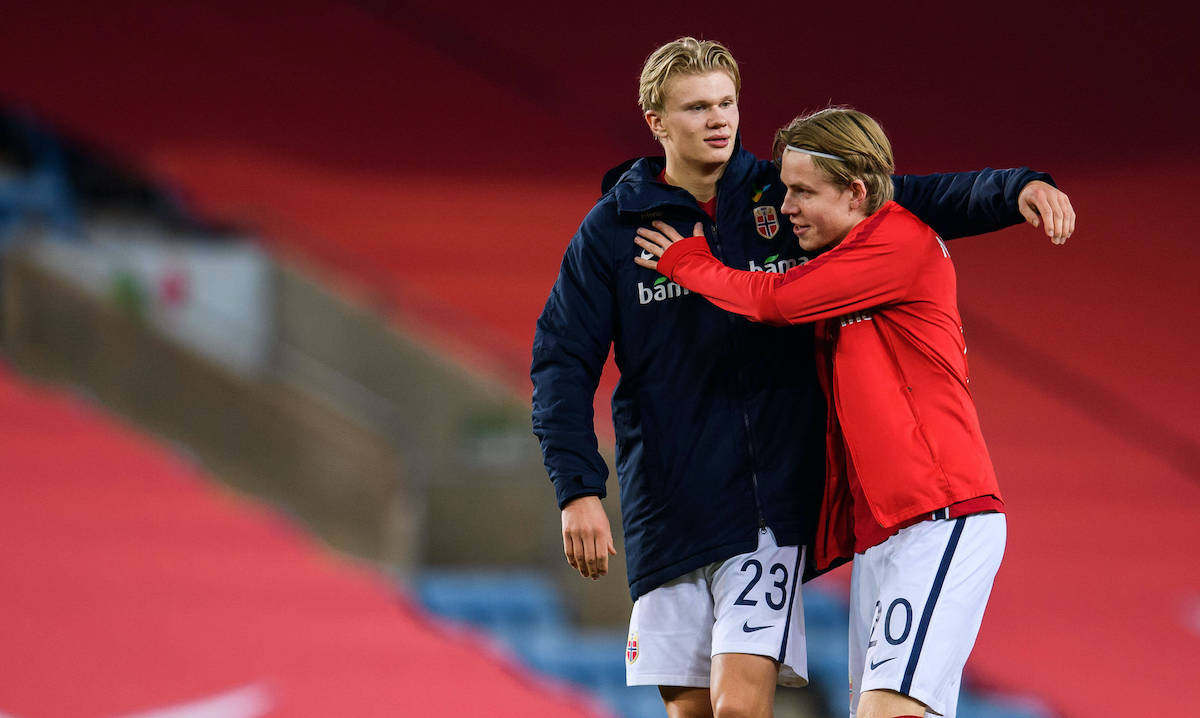 The pair are compatriots having risen through the ranks of the Norwegian youth sides together, and Haaland even spoke about his admiration for Hauge’s move when he was presented as the winner of the Golden Boy 2020.

“Hauge is doing well and we are very good friends, he is a great talent. He plays for a beautiful club and at a very good club. He has to continue to work hard and play like that, he has a great career ahead of him. My dream is to win the Champions League.”

According to Fabrizio Romano (via R1F), Haaland had a message for his friend and compatriot upon learning that he had the chance to play for Milan.

“Go for it, it will be good. Playing at AC Milan will be hard of course. You have to work on stuff with the language but I think it will be good,” he apparently told him.

There has been speculation over the last few weeks that they could even be reunited at Milan, as Calciomercato.it reported recently that Haaland is Milan’s dream for the post-Ibrahimovic era, while SportMediaset stated that Milan are working with Raiola for the signing of Haaland next summer.