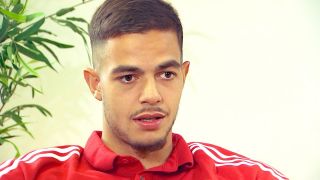 Faivre confirms he ‘decided to go to Milan’ but move fell apart: “We are disappointed”

Brest midfielder Romain Faivre has revealed that he did want to join AC Milan in the summer and chose to try and force the issue somewhat.

Calciomercato.com reporter Daniele Longo (via MilanPosts) reported earlier in the week Milan’s management gave the green light for the Faivre deal to go ahead and a private jet was all ready to fly over the Alps and go fetch the 23-year-old.

Now, Faivre has revealed how the negotiations went from his point of view, confirming that he tried to engineer the move himself after making a decision.

“A club like Milan, Paolo Maldini calling you is always a pleasure, it’s flattering to reach a milestone, with my family we decided to go to Milan,” he said to Telefoot (via MilanPosts).

“I decided with my family, not to go to the clash, more as a precaution, I did not want to compromise a possible departure to Milan. We are disappointed.”

READ MORE: Rebic’s encouraging numbers when playing as a striker for Milan