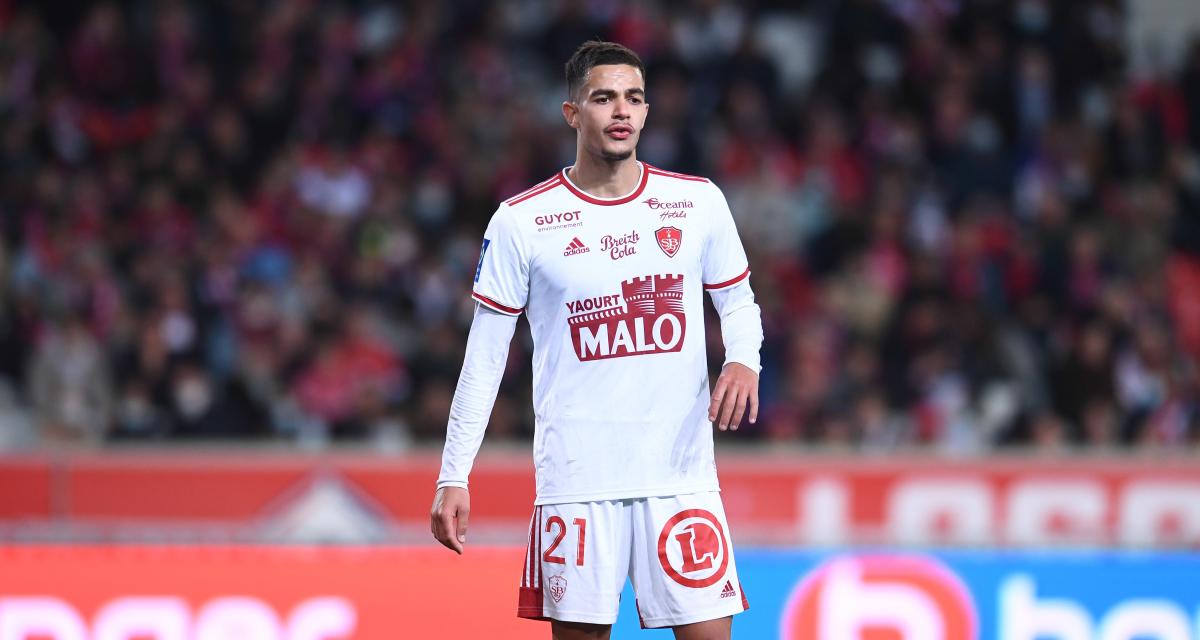 Winger drops strong hint he is preparing to join ‘great club’ Milan: “When Maldini calls you…”

Brest star Romain Faivre has made no secret about his desire to join AC Milan once the transfer window reopens after the failed pursuit during the summer.

It is well known that Milan pursued Faivre during the summer window but were unable to get a deal over the line, but the transfer links have not stopped. MilanNews reported yesterday how Stefano Pioli has struggled to be able to rotate the attack over the past few weeks given the various injury and Covid problems, so Paolo Maldini and Ricky Massara are considering intervening in the January window.

That is why contacts with the agents of Faivre have continued, and the report speculates that he could arrive in the winter. It is well known that Milan pursued him in the summer but he did not arrive, but he has four goals and four assists in the league this season showing he is very much still focused.

Faivre also played a derby at the weekend and won 2-1 with the 23-year-old getting on the scoresheet, and then he was able to watch the game between AC Milan and Inter. La Gazzetta dello Sport spoke to him about the game and what the future might hold.

“What a show, I wanted to be on the pitch too. When Maldini calls you, a legend, you feel valued and you want to do everything to go to Milan,” he said (via MilanLive).

“I am comfortable in the heart of the game, but versatility is a quality in modern football. The important thing is to express creativity to help the team.”

Better a goal, an assist or a dribble? “Once I would have said dribbling, today goals and assists.”

Who are your idols? “Ronaldinho. With him I loved football. As a Parisian fan I was inspired by his dribbling, his vision of the game, his effectiveness in scoring goals and making them score. In my room I had all his posters from PSG, to Barcelona to Milan.”

On his failed Milan move: “It’s really nice knowing that my career really only started last season. I am convinced that in order to be successful in teams like Milan, you need to prepare in advance. So I have a personal athletic trainer three times a week, a nutritionist to eat healthy, but I don’t cook. Finally, a mental coach to learn how to better manage the emotions and pressure typical of big clubs like Milan.”

In Milan there are already many Frenchmen: “I have known Ballo-Touré since the days of Monaco. He tells me that Milan is a great club, with great ambitions, with fantastic fans. I too am ambitious. In short, there is everything for it to work.”

What do you think of Milan’s game, where Ibrahimovic is always present: “Ibra is an incredible player who I also followed as a PSG fan. And in any case at Milan all the players are of a high level. I recognise myself in Pioli’s game, in the desire to play a good game to win. It proves it in the league. In the Champions League he deserves a few more points.

“Serie A is an exciting championship, with many great teams, from Milan to Juve, from Inter to Napoli, to Roma. And then it’s the league of the European champions. Italy has won with many Serie A players. Proof that you have a lot of talent.”

As an attacking midfielder, which great Italians inspired you? “Del Piero, for his style and his left foot. Pirlo for elegance. And beyond the role, Buffon, a legend. All great examples.”

Strengths and weaknesses? “To be successful in football it is necessary to have personality and character, also to challenge big stars like those of PSG. At home I’m a calm, optimistic type, on the pitch I’m a warrior, I’m not afraid of anyone. I am a technician with a good vision of the game. I have to improve the defensive phase.”