The father of Nikola Vlasic has confirmed that his son should have gone to AC Milan rather than West Ham United this summer.

Calciomercato.com among other sources recently reported that Milan have long been on the trail of Vlasic as their search for a new attacking midfielder led their eyes to the Russian capital, but West Ham and swooped to land the 23-year-old.

The Hammers will pay €28m plus bonuses into the coffers of the Russian club, and this is the figure that has beaten the last resistances of CSKA, with Milan forced to turn their search elsewhere and they eventually signed Junior Messias from Crotone.

The father of Vlasic has now broken his silence on how the situation unfolded during an interview with Vecerjni List, confirming that a move to Milan was a possibility before a switch to London, with SportWitness transcribing his words.

“It all took too long, that uncertainty. Nikola stayed in Moscow for too long and it was time for a new step. CSKA is a great club, not only in Russia. After all, the first season when Nikola came, they beat Real Madrid twice in the Champions League, in Madrid and in Moscow,” he said.

“We all knew that the time of parting would come, it just took a little longer. I am happy that he’s going to England, to one of the strongest European leagues.”

He added: “He should have (gone to Milan). Milan wanted him badly, but the clubs failed to agree on compensation.” 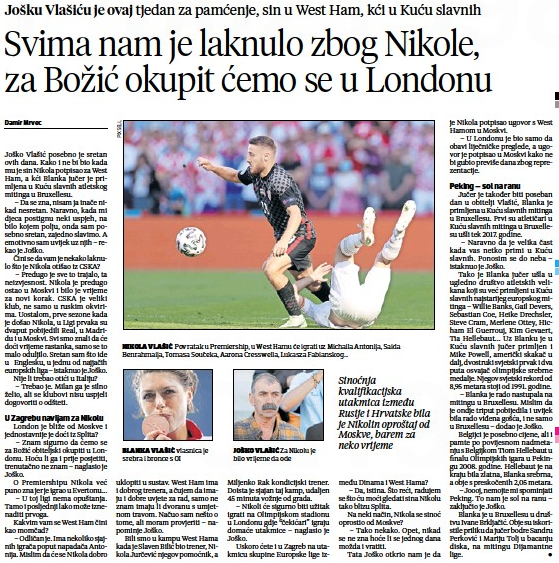