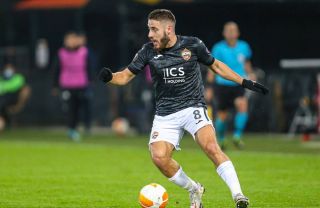 Father of CSKA Moscow star drops hint over Milan move: “There is something”

The father of CSKA Moscow star Nikola Vlasic has confirmed that there is ‘something’ in the rumours linking his son with a move to AC Milan.

MilanNews are among the sources that have reported how the Croatia international represents a profile that the management really like  have followed for some time. They added that there was a call with CSKA Moscow but the first demands were very high, as the Russian club ask for around €30-35m to sell the 23-year-old. However, the player has sensed the opportunity to join Milan and would like to force his hand.

The Rossoneri have offered a paid loan with option to buy, but CSKA want to monetise from the sale of their main asset. Vlasic’s father was asked about the rumours during an interview with Croatian source net.hr and while he did not confirm that anything is close, he appeared to confirm that the rumours are not baseless.

“There is something but that’s all I can tell you for now. These are things that shouldn’t be talked about very much until they are over,” he said.