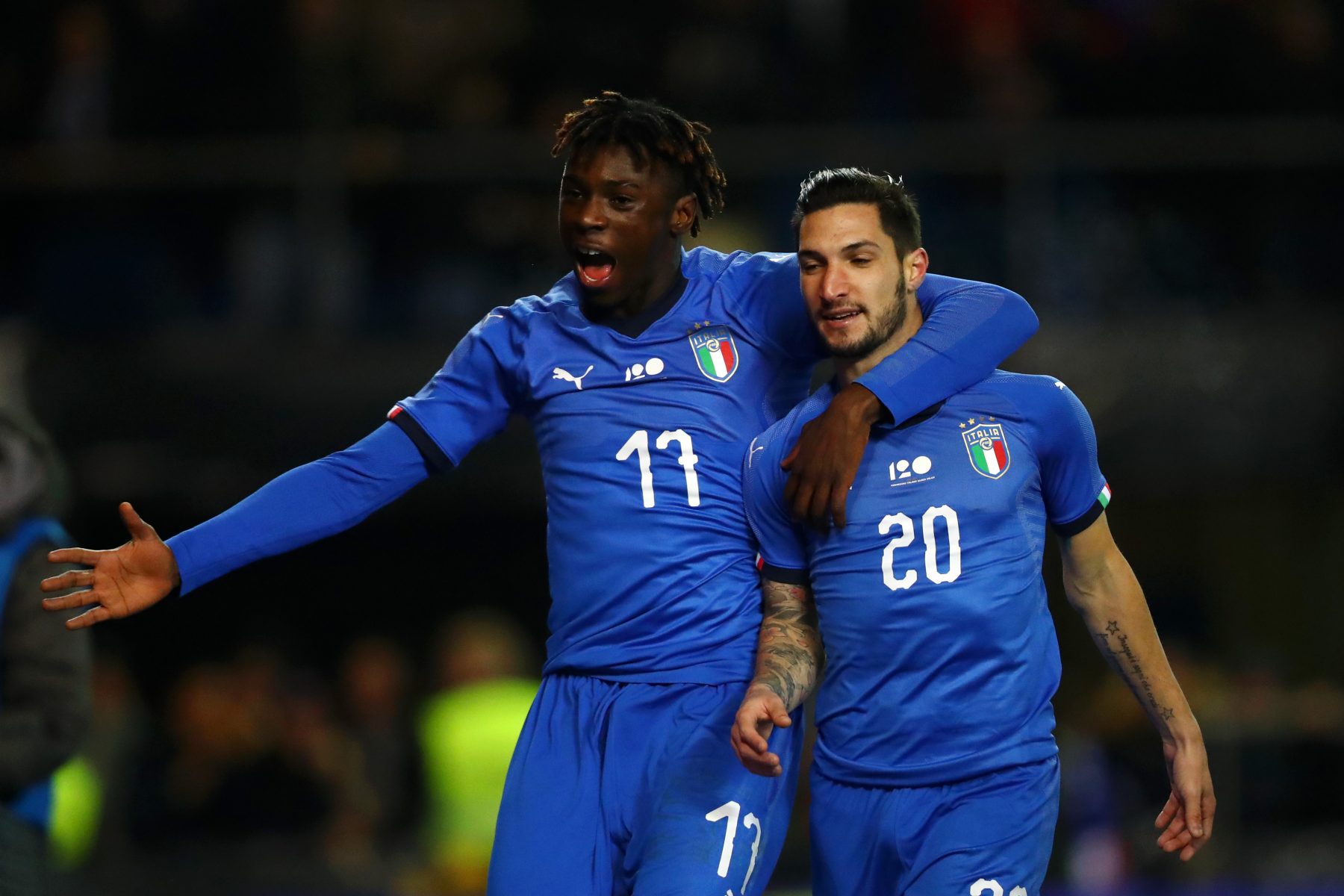 Jean Kean – the father of Everton striker Moise Kean – has seemingly confirmed that there is interest in his son from Milan and Roma.

Kean joined Everton in August on a five-year deal for a fee of €27.5 million plus €2.5 million in add-ons (as per Wikipedia), but so far he has found opportunities difficult to come by.

The 19-year-old has made ten appearances for the Toffees in all competitions, but that has equated to just 362 minutes of action with most of his opportunities coming off the bench.

As a result, it was claimed over the weekend by il Corriere della Sera (via MilanNews.it) that Milan had been offered the chance to sign Kean on loan in the January window but are not fully convinced by Kean due to his age and characteristics.

Milan have struggled for goals this season having netted just 11 times in their opening 12 games, the lowest at this point of a campaign since 1994.

The same outlet claims that Roma are interested in the idea of signing Kean, and now his father has spoken to juvenews.eu about what the future holds for Moise (via MilanNews.it).

“I want him back in Italy immediately. Immediately, without any other excuse he has to go home immediately,” he said.

“There is Roma where he has Zaniolo who is a great friend of his and together they can learn a lot. If he goes to Roma I will be very satisfied and I hope he does.

“I am not happy with England and for this I want him to come back. Between Rome and Milan I prefer the Giallorossi for two reasons: the first is Fonseca because it makes the team play well and the young players grow a lot, as did Allegri.

“Fonseca is very smart and prepares the team well for what is yet to come, he prepares for the future and Moise would be fine, because Milan is no longer the top club of the past and now they are going through a very delicate moment.

“He would not grow if he goes to the Rossoneri right now. Or, he was also a fan of Inter, so maybe this can influence, but it is only my thought.”

The last statement is contrary to what was said by Moise’s brother Giovanni, who confirmed that the striker was a Rossoneri fan growing up.