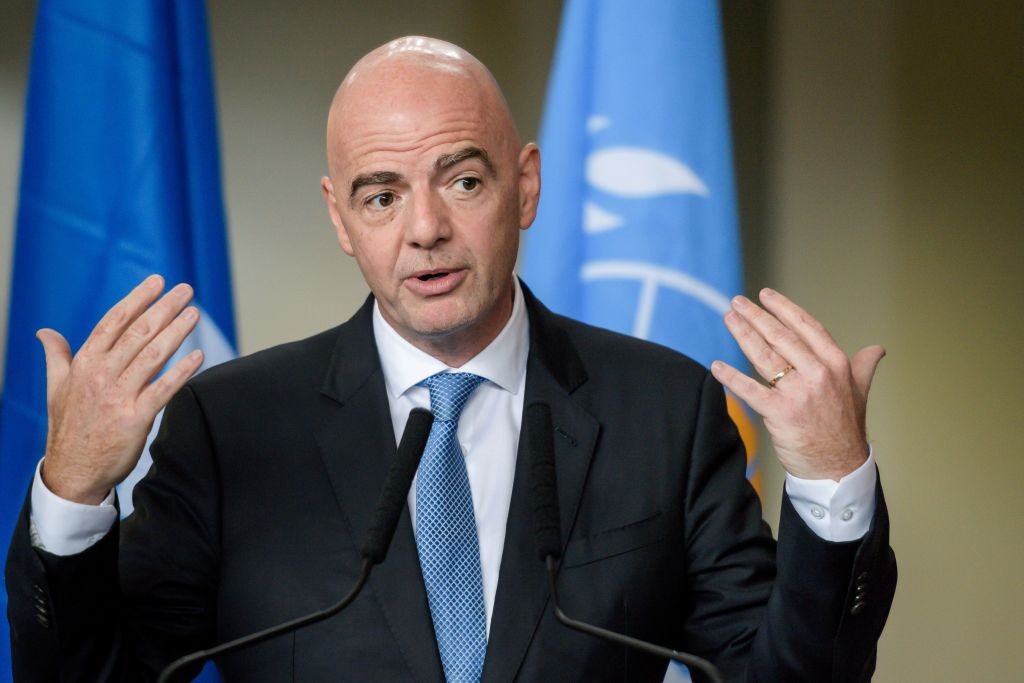 FIFA president Gianni Infantino has offered his support to Milan and Inter in their aims to construct a new stadium.

The two clubs were joined by construction companies Manica-Cmr and Populous in held an official event at the Bovisa Polytechnic in Milano last month during which the two competing stadium projects were unveiled.

Italian firm Manica showed their ‘Wedding Rings’ design, followed by American giants Populous and their ‘Cathedral’ and Scaroni was present at the event.

However there have been a couple of hitches since, as the first council vote took place last week and only two voted ‘yes’ to the project, while Milan president Paolo Scaroni reportedly ‘angered’ local residents during a meeting on Wednesday.

Despite this there is still great optimism that ground will be broken on a new state-of-the-art stadium in the not too distant future.

Now, Infantino spoke on the sidelines of an event with La Gazzetta dello Sport, stating his support for the idea of a new stadium in Milano.

“We need to analyse the issue,” he said.

“As a nostalgic I hope that San Siro will always remain there but we must also take illustrious examples like Wembley that has been modernised.

“I believe that Milan and Inter, for the historical value and catchment area they have, deserve a new and owned stadium.”