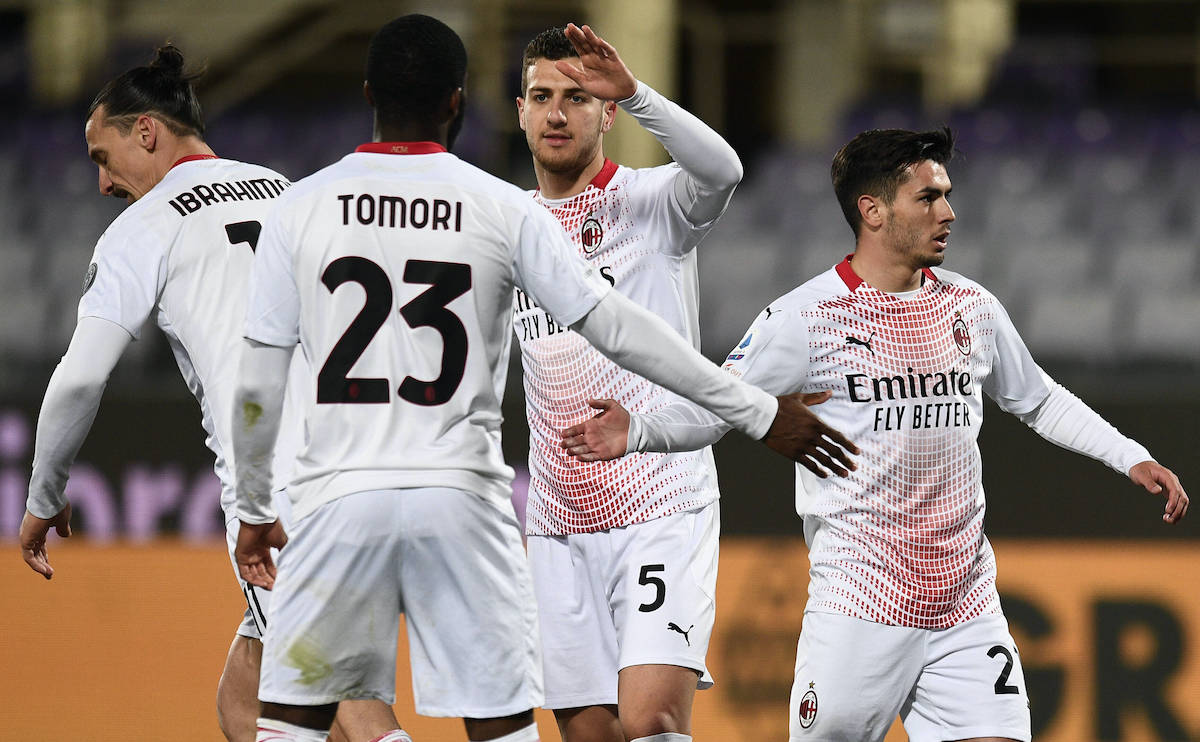 Fiorentina 2-3 AC Milan: Five things we learned – a show of spirit and an impenetrable pair

After being knocked out of the Europa League by Manchester United on Thursday, Milan were left with only Serie A to focus on until the end of the season and potentially try to put some pressure on Inter going into the final games of the season. The first obstacle for Pioli’s side was Fiorentina, away from home.

The game started great for the Rossoneri with Zlatan Ibrahimovic giving them the lead early on. However, Dalot gave away a sloppy free-kick just minutes after which Pulgar took brilliantly, levelling the scores.

That seemed like a turning point as Fiorentina started to act with more confidence and they got their second goal through Ribery in the 51st minute and at the time Milan were looking at yet another frustrating night.

Despite Fiorentina turning the game around it didn’t seem that Milan were ready to gift Inter the Scudetto just yet. Six minutes after Ribery’s goal Brahim Diaz managed to get the equalising goal with Milan pushing more and more in the following minutes. Hakan Calhanoglu had the final say in the game as he took his chance in style, giving Milan all three points heading into the break.

After leaving the injury behind his back, Ibrahimovic found himself in the starting XI after only 20 minutes of game time against Manchester United. The Swede certainly looked ready as he played the whole 90 minutes – despite admitting he should have played 60 – and was relatively mobile throughout the game, scoring a lovely goal and being denied a second by the bar.

With 15 goals in the same amount of games, Zlatan will be crucial for Milan if they were to try and keep the pressure on Inter until the end of the season. Moreover, if there aren’t any more injuries that will bring some confidence regarding the Swede’s fitness going into the next season potentially.

Hakan Calhanoglu has been talked about a lot this season and he has been criticised lately, but the Turk finally put in a positive performance in which he was crucial for Milan win, scoring the winning goal for his team.

The Turk also took the corner that lead to Milan’s equaliser and had an overall good game where he created a fair amount of chances and distributed the ball well. Hopefully he can build on this as these type of performances need to continue if he were to receive a big contract in the following weeks.

👍 A lovely strike to earn all three points.

While Tonali was improving a lot lately we can’t deny the satisfaction of seeing Ismael Bennacer on the pitch again. The Algerian was crucial for this team and his absence may well be one of the reasons for Milan’s rather poor performances as of late, especially against high pressing teams.

The moment Bennacer stepped onto the pitch we saw how good is he technically. Ismael also showed how to deal with the opposition pressing as he has no problems whatsoever in keeping the ball and dribble out of trouble. We also saw some of his smart passing and needless to say it’s been a long wait for him to come back.

🙌 Great to see him back on the field.

As mentioned regarding Zlatan, Milan will also need Bennacer to be fit as Milan are slowly getting back their starting XI for the crucial final part of the season and hopefully they can keep them fit.

What a performance it was from both Kjaer and Tomori. The Danish international provided a lovely assist for the first goal and picked another assist for the equaliser later on. On top of that, he was very solid defensively with both having little fault on Ribery’s goal.

Tomori on the other hand completely neutralised Vlahovic as he showed his aggressiveness and pace yet again. The Englishman was also a vital part in the build-up for the match-winning goal when he was quick to react and push forward to intercept Fiorentina’s attack and start a counter for Milan.

The Chelsea loanee has simply been outstanding as he have already mentioned and is looking like a no-brainer for €28million if Milan were to pay that fee.

5. A show of solidarity

The game had a lot of twists and turns with Milan taking the lead early on, which probably made most fans confident as the team hasn’t lost when scoring the first goal. However, Fiorentina managed to pull one back relatively fast and then shocked the Rossoneri with a second.

Once again we saw that effort and desire from Milan to react and fight back which was absent for the past couple of seasons but now it looks like we need to get used to that spirit and believe in the players and the coach.

Milan found the way back and grabbed all three points in a win that will surely be a massive morale boost as these type of games create the winning mentality of a team.