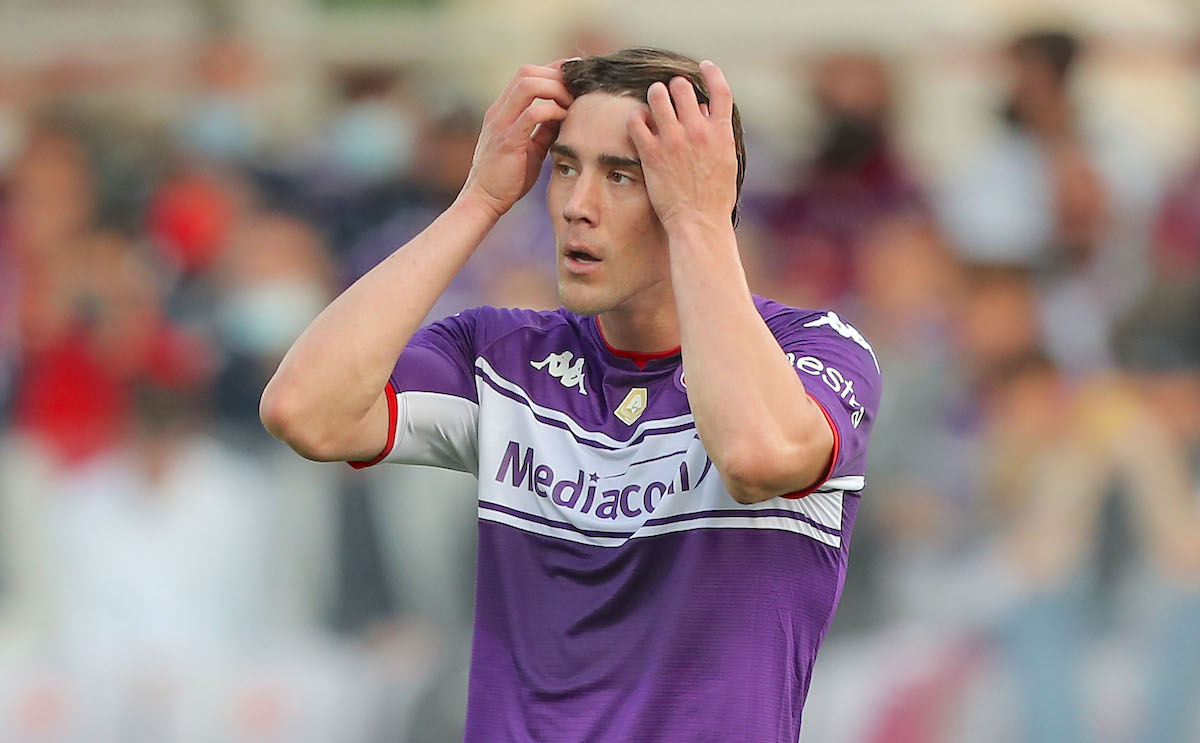 Fiorentina head coach Vincenzo Italiano has claimed that the speculation linking striker Dusan Vlahovic with a January move to another club is wide of the mark.

It was recently announced by Fiorentina director Joe Barone that Vlahovic has decided not to extend his contract at the club which expires in June 2023, which has in turn sent the rumour mill into overdrive as several clubs have been linked with a possible move for the talented Serbian.

Given that Milan’s current strikeforce consists of a 40-year-old Zlatan Ibrahimovic, a 35-year-old Olivier Giroud and an injury prone Pietro Pellegri who is only on loan, an investment will soon be needed for the long-term future of the attacking department and Vlahovic has been mentioned.

Italiano spoke at a pre-match press conference and was asked what the future holds for Vlahovic, denying the idea that a January exit is now inevitable.

“We are talking about a guy who has scored eight goals in 11 appearances even if, during some games, we were not able to provide service properly,” he said (via Football Italia).

“I don’t read papers, I’ve heard about Arsenal, Tottenham, City, Juventus and Milan. They are just rumours and not too credible for me, the guy is highly focused and he wants to do well.”