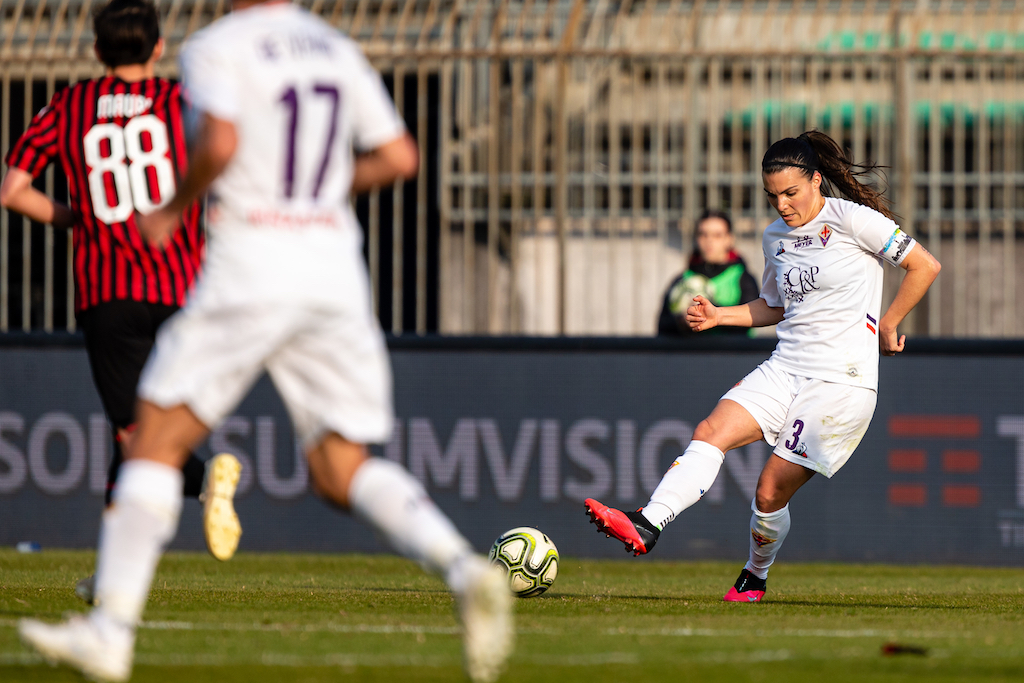 Fiorentina captain Guagni on upcoming duels with Milan Women: “They will be exciting”

ACF Fiorentina’s captain, Alia Guagni, recently conducted an interview with La Gazzetta dello Sport. The interview was published on April 11th and was only available in the printed edition of the daily.

During the interview, she spoke of the upcoming challenges with AC Milan, which were postponed due to the ongoing COVID-19 emergency.

“They were games that we had prepared for, well before the coronavirus [crisis]. For both teams, there will be a great desire to get back to running on a green field and to do the thing we love best. They will certainly be exciting clashes.”

She also spoke of the challenge with Juventus. Currently, Fiorentina are second in the table. They are tied with Milan, but ahead on goal difference.

Are you also thinking about the Scudetto or are Juve uncatchable?

“There are many games to play and as far ahead as Juve are, I will never give up. I believe it, Fiorentina believes it and until the math tells us otherwise, we will try to fight for first place in the standings.”

Finally, she spoke of the great faith that president Rocco Commisso has in the Fiorentina women, and how they plan to repay it.

“Since the new company arrived, we have started to breathe an air of change. Commisso has made it clear to us that he cares about the women’s team and that he wants what’s best for us.

“Already, there have been Significant changes and they are only the beginning of a project that is continuing to grow. I am very proud of my president and will do everything possible to return his trust in us.”

Currently, Serie A Femminile, like most other leagues, is suspended. Before the league was postponed, Milan was set to take on Fiorentina in a double-header for both the league and the Coppa Italia.