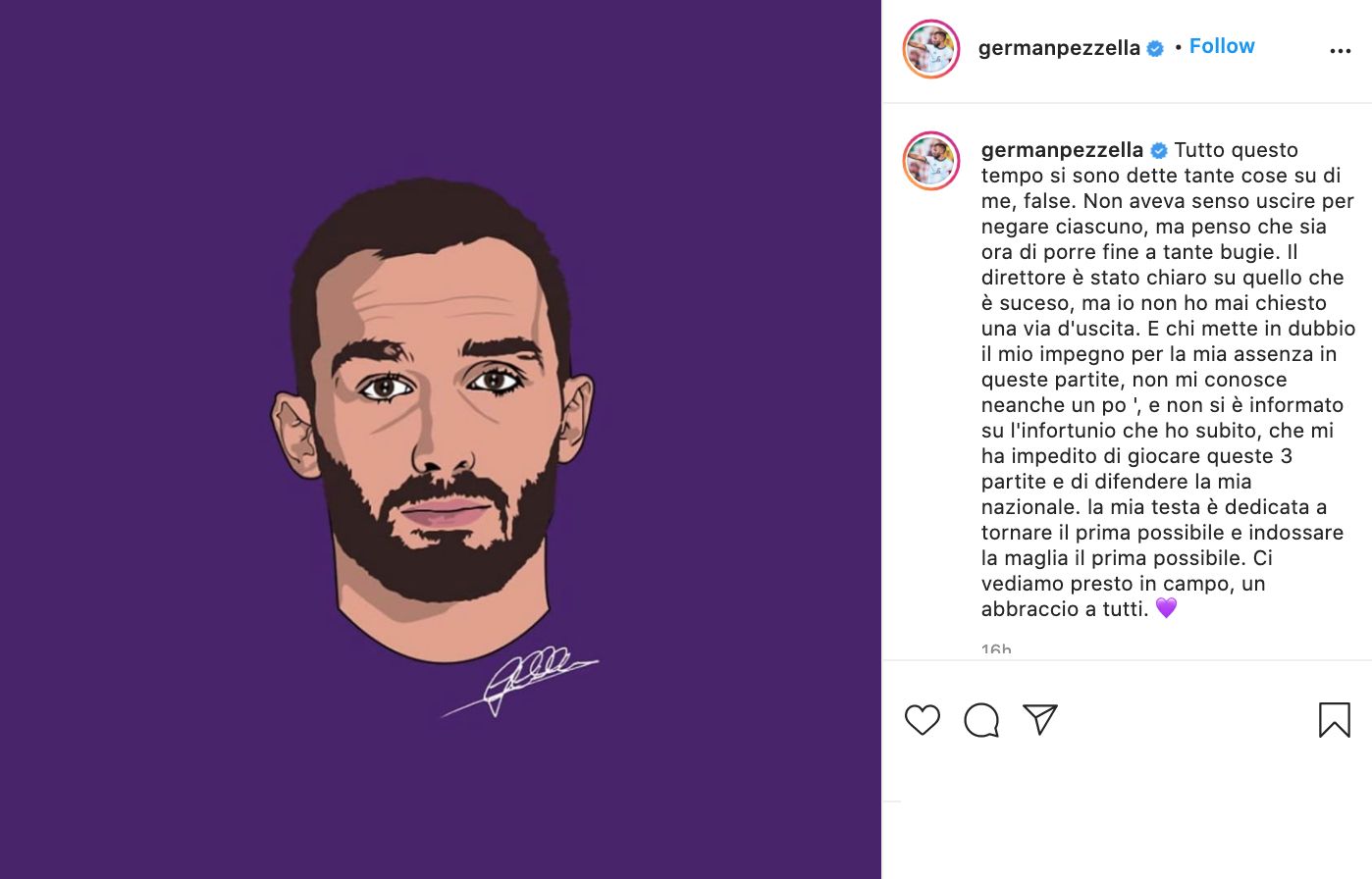 Fiorentina defender hits out at media after Milan’s rejected deadline day bid: “So many lies”

Fiorentina defender German Pezzella has hit out at the ‘lies’ that were told about him amid links with a move to AC Milan this summer.

MilanNews reported on Tuesday night that Milan tried until the last minute to give Stefano Pioli a new defender, negotiating for several players including Ozan Kabak and Mohamed Simakan, but the report adds that Maldini and Massara tried to get German Pezzella on loan from Fiorentina.

La Viola rejected Milan’s bid out of hand, and it is not particularly surprising given he is a key piece for them, and then their sporting director Daniele Prade confirmed that an offer arrived.

Pezzella has hit out at the media for telling ‘lies’ about his situation at Fiorentina in an explosive post on his Instagram, which reads as follows.

“All this time many things have been said about me, false. There was no point in going out to deny each, but I think it’s time to put an end to so many lies,” he said.

“The manager was clear about what happened, but I never asked for a way out. And whoever doubts my commitment to my absence in these matches, does not even know me a bit, and has not informed about the injury I have suffered, which prevented me from playing these 3 games and defending my own nation.

CM: Milan will only consider offers of €50m+ for striker amid Everton and Wolves interest
11 April 2021, 11:18
Serie A Standings