AC Milan will be hoping to rack up their 11th league win of the season tonight against Fiorentina at the Stadio Artemio Franchi.

The game might not be defined by individual duels, but there are certainly a number of interesting sub-plots to examine. The first obvious one involves Zlatan Ibrahimovic and his opposite number Dusan Vlahovic, with the Serb having labelled the Swede his idol.

Vlahovic has 25 goals in Serie A in 2021 alone and has three match-winning goals already this season, the most in the league. Ibra meanwhile has apparently told the Milan management that the 21-year-old could be his heir, and he has four goals in eight league games this season.

There will be a fantastic battle down Milan’s left side as Theo Hernandez will face another former Real Madrid man in Alvaro Odriozola. The Frenchman will be full of confidence after another good international break in which he racked up two assists, while Odriozola has nine league appearances this season and will have the tough task of stopping Milan’s No.19 plus Rafael Leao.

In midfield two former team-mates will face off as Franck Kessie will have the task of thwarting Giacomo Bonaventura. The latter described his time at Milan as six ‘magical and intense years’, and will be hoping to strike against the Rossoneri with a second goal of the season.

Finally, there should be a fascinating duel between Milan’s No.10 Brahim Diaz and former Milan target Lucas Torreira. The Uruguay international is expected to start at the base of the midfield and will have to keep tabs on the Spaniard who is known for occupying the space between the lines, with both typified as gritty and having a low centre of gravity. 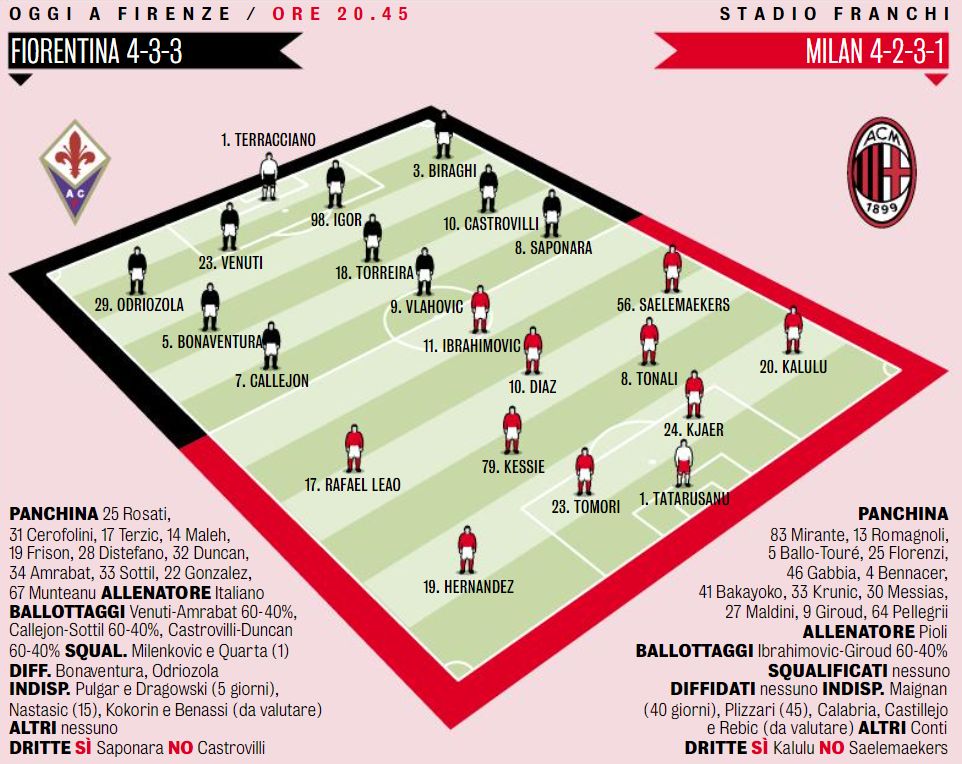