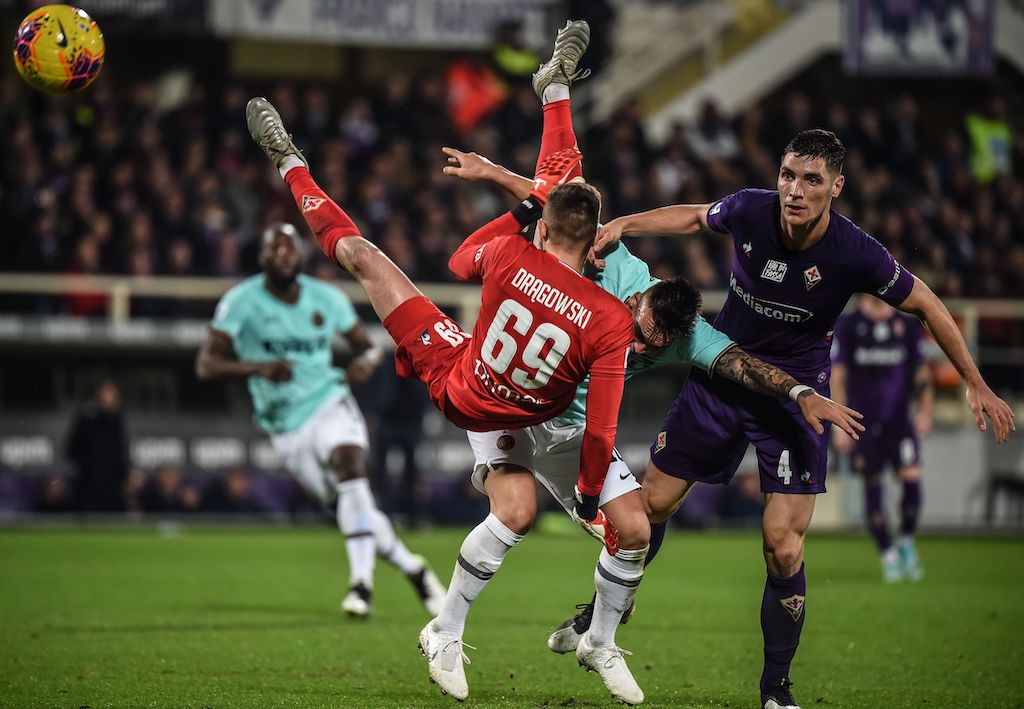 Fiorentina star remains coy when asked about Milan links: “I do not listen to rumours”

Fiorentina goalkeeper Bartlomiej Dragowski has issued a response to speculation that AC Milan are interested in signing him this summer.

Drągowski continues to be mentioned in the media as a potential profile that the Rossoneri could turn to if they fail to get a contract extension for Gianluigi Donnarumma over the line.

Donnarumma’s current deal expires in 2021 which means Milan face a crossroads: they must either agree a renewal before next season or consider selling the 21-year-old to avoid the risk of losing him on a free next year.

It was recently reported by Corriere Fiorentina that Dragowski is a man Milan are considering to replace Gigio, and in an interview with La Gazzetta dello Sport (via MilanLive) the Poland international responded to such rumours.

“I do not listen to rumours. I’m at Fiorentina and I have to do my best to try to bring the team as high as possible,” he said.

“I am the Polish Donnarumma? Comparisons in football count for nothing. Donnarumma is Donnarumma. I am Dragowski. I have a long way to go and a lot to improve.”

Dragowski also spoke of Krzysztof Piatek , his compatriot who had played for Milan and has been linked to Fiorentina.

“I don’t know anything about the market. Piatek is a top-level striker. He has had some difficulties in the last period in Italy but had amply demonstrated his qualities.”