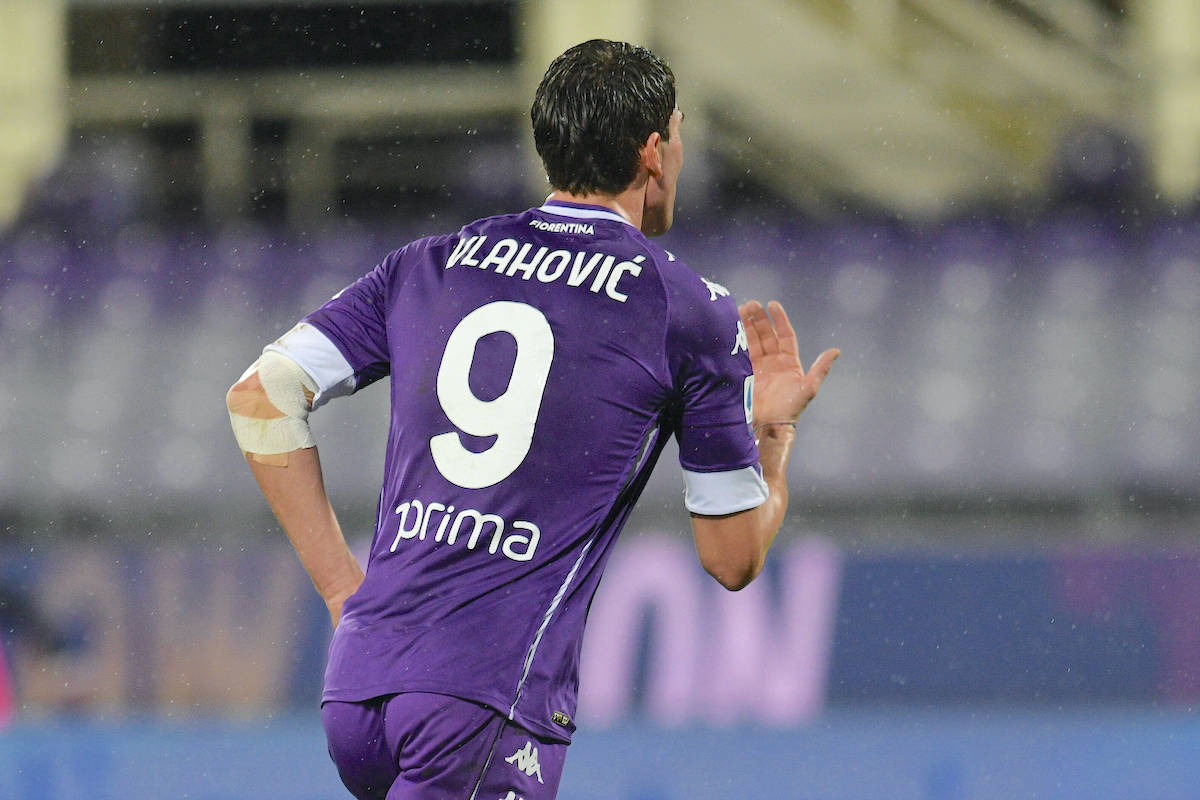 Fiorentina striker Dusan Vlahovic claims Milan boss Stefano Pioli is ‘like a father’ to him as he discussed his future amid links with the Rossoneri.

Vlahovic’s name is firmly in the headlines at the moment as he scored a first half hat-trick at the weekend against Benevento to move onto 12 goals for the season in Serie A thus far – not bad for a Viola side which has struggled for confidence all season.

The Serbia international has given an interview to il Corriere dello Sport (via Calciomercato.com) about his relationship with his former boss Pioli and what the future holds for him, but began by addressing the ‘new Ibra’ label that has been put on him by some fans and sections of the media.

“I never liked comparisons. Let me be clear, it is an honour to be compared with Zlatan, it also gives you a good dose of responsibility, but a boy must always keep his balance, because there is also the risk of getting burned,” he said.

“In football, as in life, you need humility, a spirit of sacrifice, a willingness to listen to everyone, especially those who can give advice and suggestions. Then it’s up to you to remain yourself.”

La Gazzetta dello Sport (via MilanNews) reported recently that at the moment Vlahovic does not seem willing to consider renewing with Fiorentina despite the offer of his pay tripling, which has alerted both Roma and Milan.

“I have a contract with Fiorentina until 2023. I feel great in Florence, they love me. I arrived as a kid and I find myself a man. There will be time and way, later on, to talk. Right now I am focused on 11 finals awaiting us. It is also for the president that we want to score points.”

Gazzetta added that the Milan leadership could soon make their move, while on Sunday Milan will take on Fiorentina at the Stadio Artemio Franchi, an extra chance for the Diavolo to get a close look at the 21-year-old striker who has a valuation that is around €40million euros.

On Milan, Vlahovic said: “The football that AC Milan plays is under everyone’s eyes, but these are the most fascinating matches. We can’t wait and, above all, let’s not let our guard down. I won’t be distracted by anything. The past, hat-trick included, won’t it matters more, you have to look forward, thinking only of improving. And now, the only thing that matters is to do well on Sunday. We are all aware of that.”

On Pioli: “A great coach, to whom I hope to get as far as possible in the Europa League. He showed excellent things in the league too, it is no coincidence that he is in the running for the Scudetto. But he is also a person of the highest human depth . When I arrived in Florence, Davide’s tragedy had just happened: Pioli was with us players, he was like a father.”