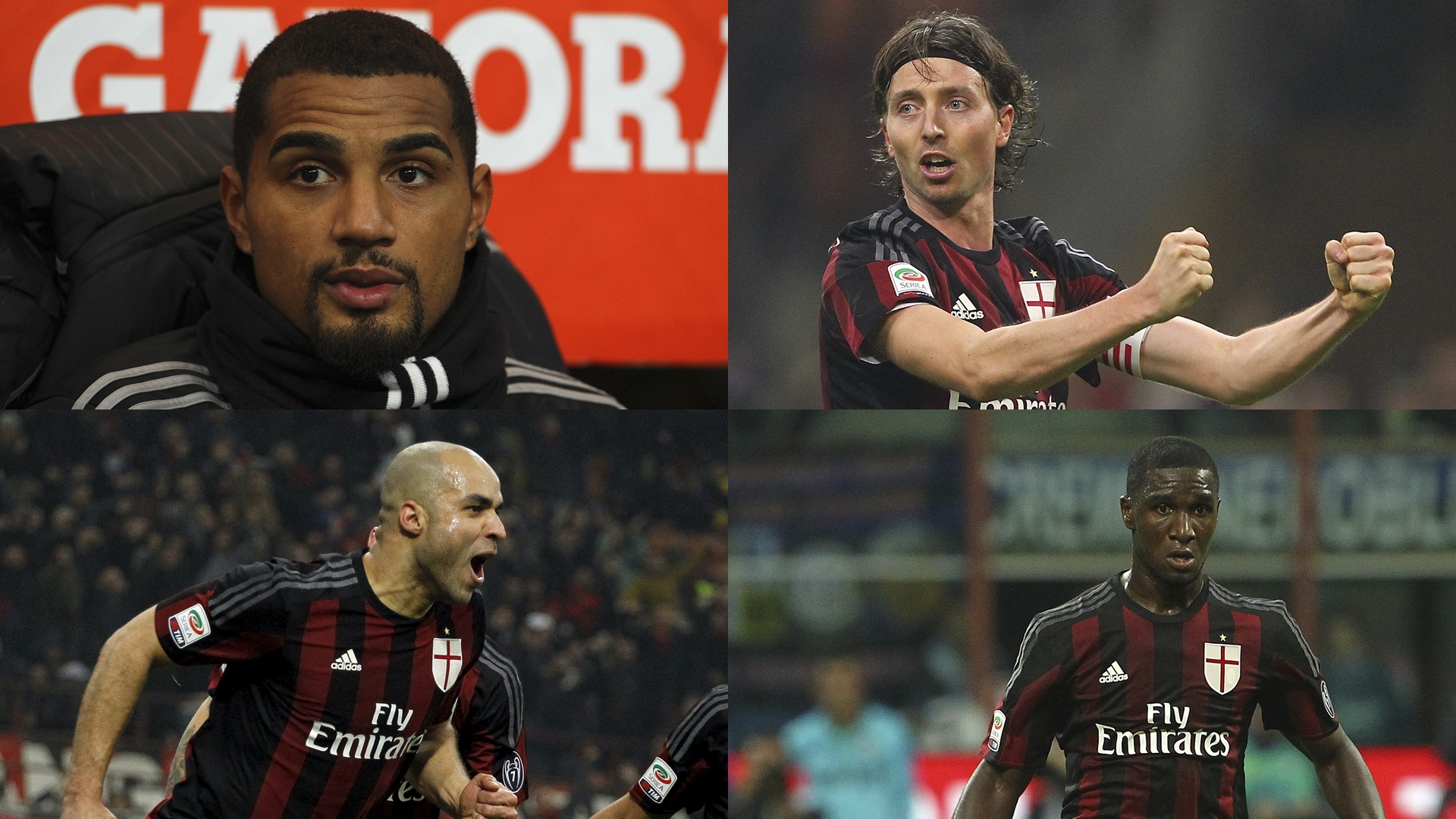 Five players with expiring contracts, Will they stay at the San Siro?

As widely known, AC Milan are in talks with an undefined China group to sell a majority share in the club, which means transfer strategies and negotiations have been put on hold as the rossoneri still don’t know who will be their owner next season.

In the meantime, however, there are four players who are running out of their contracts in the summer.

Calciomercato.com’s Federico Albrizio has highlighted where they could be heading in the summer.

Philippe Mexes: A meeting with Adriano Galliani is in the agenda. He could renew for one more season or leave the club in the summer.

Alex: The former Chelsea man could return to Brazil at the end of his contract, though Besiktas are also in race and AC Milan could decide to keep him for one more season. The player is keeping all options open even if a return to his native country is the most plausible option at the moment.

Zapata: The Colombian centre-back has quite a lot of offers. English and Spanish clubs have been knocking his door, though Bersiktas have put the richest offer on the table.

Riccardo Montolivo: The most likely to extend his stay at the San Siro. An agreement between the two parties has been reached already and the Italy International is going to put pen to paper on a new three-year deal pretty soon.

Kevin-Prince Boateng: Kevin signed a 6-month contract with the club in January. Since then he has failed to impress both the coach and the board, he will not stay for next season.

‘Gigio’ Donnarumma and Keisuke Honda deserve a special mention, even if their contracts do not expire at the end of June 2016. The Italian goalkeeper will extend his contract for one more season (with pay rise) whilst Adriano Galliani is going to meet the Japanese star’s agent and brother Hiro to discuss a contract extension (expiration in 2017). If the two parties won’t find any agreement, Honda will leave the rossoneri in the summer.

Lorenzo Bettoni, adapted from an original piece by Federico Albrizio, Via Calciomercato.com