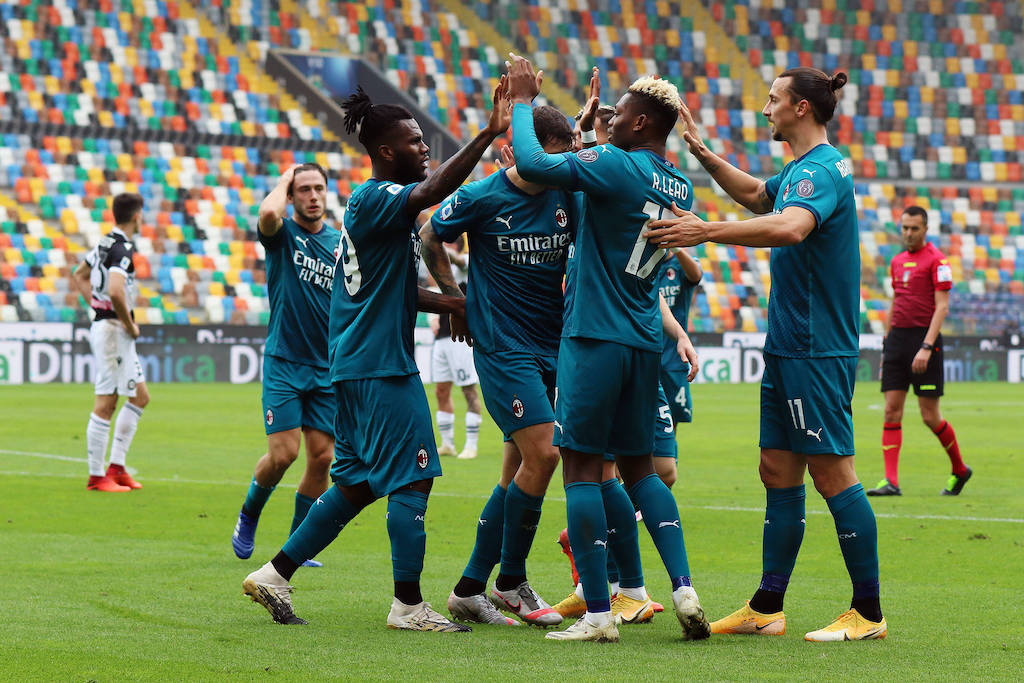 Five positives and four negatives from Milan’s win over Udinese

Milan needed a late winner from their talisman and icon Zlatan Ibrahimovic to get all three points against Udinese on Sunday.

1. The result: A match away to Udinese is always a daunting task for Milan. While the memory of Romagnoli’s last minute winning goal resonates, it is also a ground that has some unpleasant memories and these games have proven to be somewhat of a hurdle to Milans ambitions every season. Udinese – who are in dawdling in the relegation zone – put up a real fight and a disappointing draw looked inevitable. But thanks to Milan’s Benjamin Button, Milan took all three points and increased their lead on top of the table.

2. Calabria’s performance: Calabria was a man destined to be sold for capital gain, but the management kept faith and he has repaid it thus far. A threat for Udinese was the counter-attack and a lot of them were mounted through Gerard Deulofeu, a player Milan know well. Deulofeu however was dispossessed quite a few times by Calabria and not given any sort of room to maneuver.

3. Diaz and Tonali: The substitutions of Tonali and Diaz were intended to re-invigorate Milan’s slow attack. Bennacer and Saelemaekers looked fatigued and Diaz and Tonali came on. Tonali kept the tempo up and looked at ease in his new role in the double pivot while Diaz was finding space, splitting lines and dribbling out of tight spaces.

4. Defending deep: Breaking down low blocks has been a real bane for Milan since the days of Montella. Teams would form a deep block and give no space to Milan. Milan now have shown prowess of beating their biggest weakness.

5. Comeback of Rebic: No rustiness. Rebic received a pass and set Theo away who was making an overlapping run. Rebic looks good to go and brings an extra option to Milans offense.

1. Fatigue: Playing 2 games every 7 days has seem to have taken its toll on the players with players looking to stroll and conserve energy. It seems to have affected Milan’s urgency during transition and quick release of the ball.

3. Romagnoli under the microscope: A fierce debate among Milanisti has been how Romagnoli has played in the last few games. A quick turn from Pusetto forced Alessio to rush into a tackle taking both the ball and the man. The referee pointed to the spot and Udinese equalised. His form is a cause for concern and needs to improve.

4. An off day: Calhanoglu had a real day off being one of the main culprits of giving the ball away a lot. He looked really fatigued and even fluffed a free kick in a good spot. We are hoping it’s a one off from Hakan and he gets back to full fitness.